Scientists working to determine if Tahoe has a microplastic problem 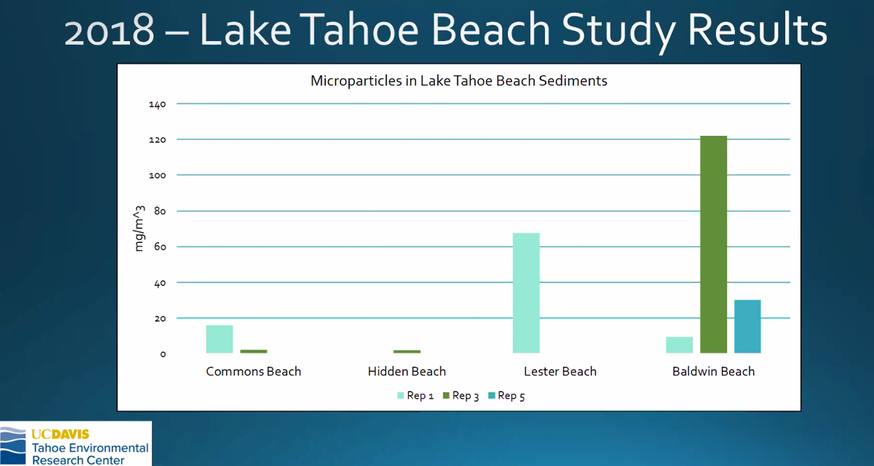 The first study about microplastics in Lake Tahoe was done in 2018 at four beaches. (Grapic: TERC)

Scientists are beginning to study how serious of a problem microplastics are in Lake Tahoe.

Called the Lake Tahoe Plastics Sink Study, the yearlong study started with the first samples being taken in August. Katie Senft is leading the UC Davis research team. Senft is a field researcher with the UC Davis Tahoe Environmental Research Center. The Nevada Division of Environmental Protection is funding the project.

Microplastics can be any type of plastic that is a fragment less than 5mm in length.

Not much data exists about microplastics in fresh water or what they are doing to the overall ecosystem. TERC first started looking at the issue at Lake Tahoe in 2018. Samples were taken around the lake—at Hidden Beach, Commons Beach, Lester Beach and Baldwin Beach. Microplastics were found at all four. Baldwin, on the South Shore, had significantly more than at the other locations. 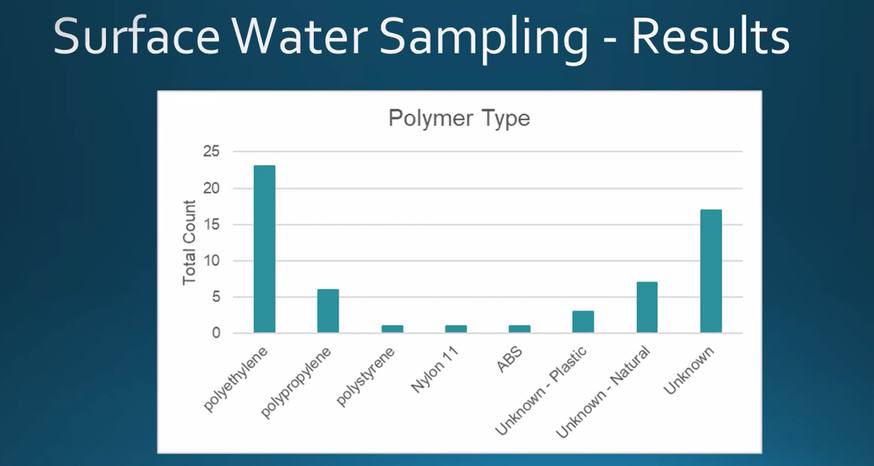 Researchers did a test sample of microplastics in Lake Tahoe in February 2020. (Graphic: TERC)

According to TERC, “Plastics enter the natural environment from a variety of sources including cosmetics, clothing, and industrial processes. They easily break down into smaller and smaller fragments by UV light and physical abrasion from wind and waves, but never disappear. Research has shown microplastics are entering the food chain, leaching chemicals, and showing up in soils and drinking water.”

While many might first think of plastic bags and water bottles as trash that could break down, plastics are in so many products. Plastics are turned into synthetic clothes like fleece, stuffed animals, cosmetics, personal hygiene items, disposable masks, IV lines and other health care products, industrial processes and so much more.

“Most of us don’t love plastic, but most of us love what plastic can easily provide,” Gjeltema said. “What happens in the next lifecycle is some can be recycled, but large numbers cannot be recycled and end up disposed in various ways. It could be packaged in more plastic and disposed in a landfill. It also can be lost into the environment.”

With wastewater being transported out of the Lake Tahoe Basin, that keeps microplastics from entering Lake Tahoe in that manner.

The study going on now will use a variety of methods to test for microplastics. Different plastics have different densities, so taking water samples at various levels is key. A Van Dorn sampler will collect water at 0, 15, 30, 50, 250, and 450 meters. A manta net will be used to collect samples at the surface and 20 meters.

A trial test was done in February that proved microplastics are an issue, but not as bad when compared to other waterbodies, according to Senft. Five types were found (film, fragment, fiber, foam, and sphere), with polymer the most common. This did not surprise researchers because polyethylene it is the most widely used plastic in the world.

Animals will also be studied—fish, bears and eagles. “We want to know if microplastics in the lake are moving into the terrestrial food web,” Senft said.

Results from the current study, which will end in July 2021, are expected late next year. The researchers say reducing plastic consumption is the first step individuals can take.

“If you don’t consume the plastics in the first place, they can’t get into the environment,” Senft said. “Only 9 percent of plastic is recycled worldwide. Small actions by many of us can add up to big change.”