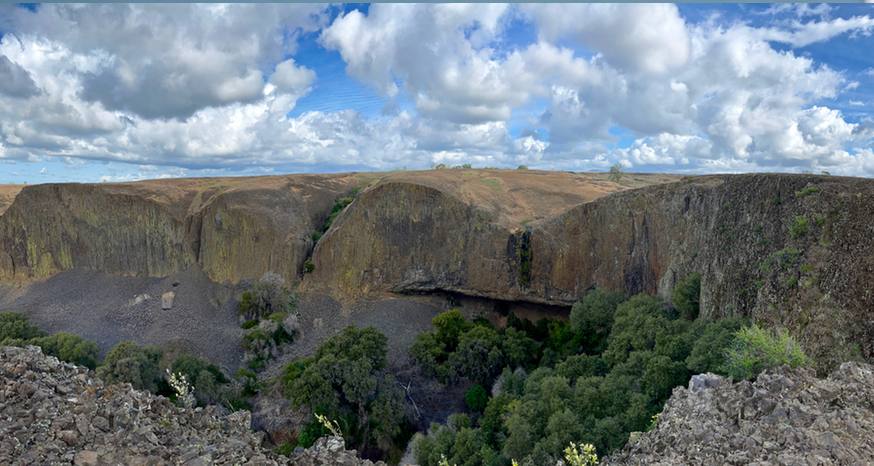 Water and wildflowers are scarce at Table Mountain. Such are the hazards of a winter when the number of rainy days can be counted on both hands.

Nonetheless, this scenic tableau is never a disappointment.

One of the beautiful things about Mother Nature is that no two years are alike, therefore making so many destinations worthy of at least an annual visit.

This year I was at the 3,300-acre North Table Mountain Ecological Reserve north of Oroville on March 13. Last year I was there March 31. More flowers were in bloom and the waterfalls were more robust in 2021. While it’s possible more flora will sprout this season, the lack of moisture this last winter and this week’s record heat could dry everything up. 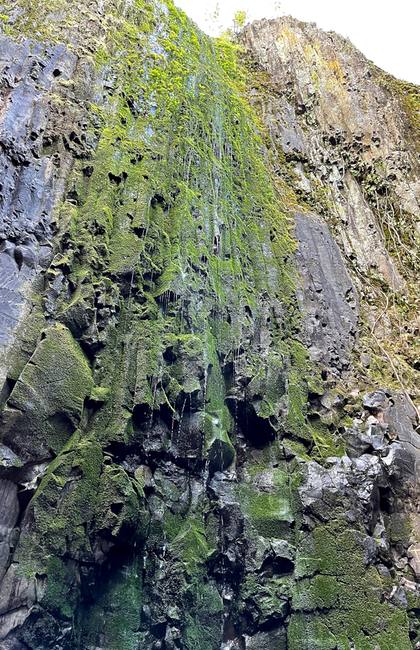 This outdoor oasis owned by the California Department of Fish and Wildlife definitely resembles a table top when looking at it from the distance. It’s that flat. But on it, well, it’s an uneven wonderland of vernal pools and more than 100 species of flowers.

On this month’s excursion with the Chico Oroville Outdoor Adventure group we meandered through poppies that were closed to ward off the morning chill, but later opened their petals as the warmth of the sun penetrated the clouds. Lupine was the most predominant flower.

Most striking was overlooking Coal Canyon. Simply breathtaking in its grandeur. Here is where the waterfall by the same name trickles down the rock. It’s better known as Phantom Falls, so named because much of the year it is not visible. Reports are someone devised a map with Phantom Falls as the name instead of its given name of Coal Canyon Falls; thus the reason for two names and a bit of confusion. 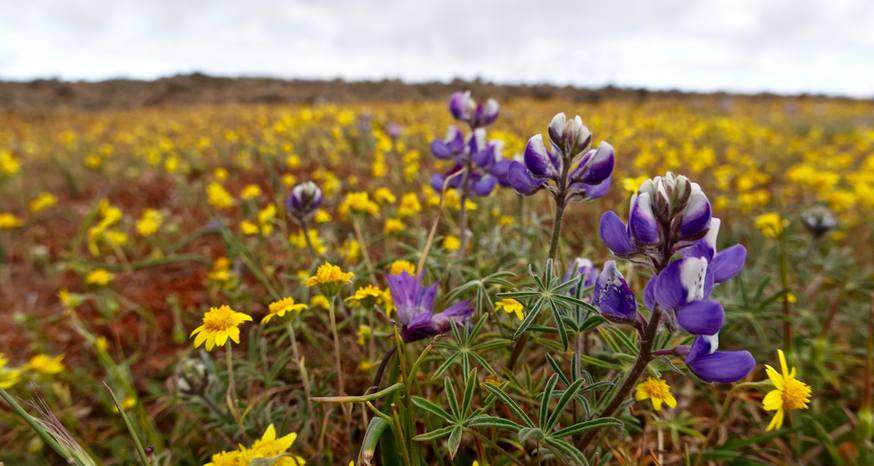 The waterfalls at Table Mountain are fed from rain water, so they are never likely to be visible in summer. Coal Canyon falls drop 164 into a pool at the bottom that eventually evaporates.

Regardless if there is a waterfall to see, the view of this basalt canyon is stunning. It’s as though the two sides have been severed and pushed apart to make this canyon opening. The rock walls continue to erode, creating piles at the base.

Before reaching Coal Canyon we were at the top and bottom of Ravine Falls. A year ago the water was visible from the top, not so this year. A trickle, though is still descending the moss laden rock, which can be seen at the bottom.