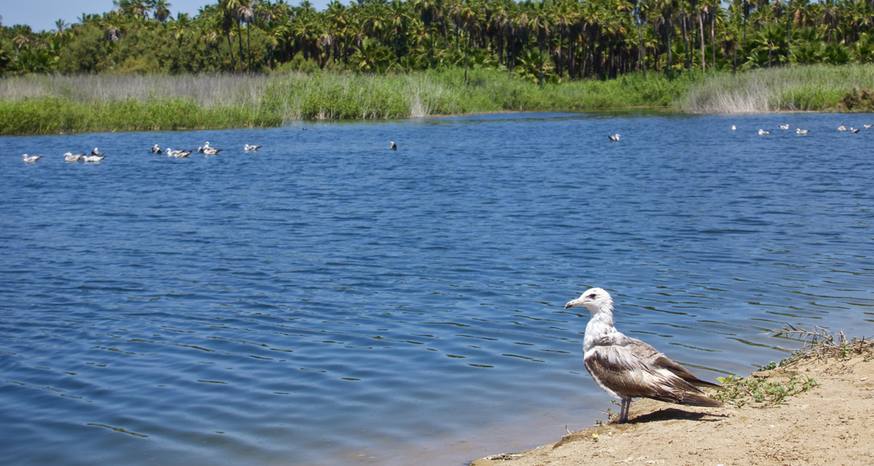 Fresh water – it’s for the birds, and AJ.

La Poza lagoon in Todos Santos is one of my dog’s all-time favorite places to walk. Fresh water without waves. She’s all over it. While not a big swimmer, she does like to cool off and lap up the water on what is our halfway mark.

For others, though, this lagoon is a birder’s paradise. More than 430 bird species have been identified in Baja California Sur, with about a third of them having been sighted at the lagoon. After all, it is part of the Pacific Flyway that stretches from Alaska to South America. 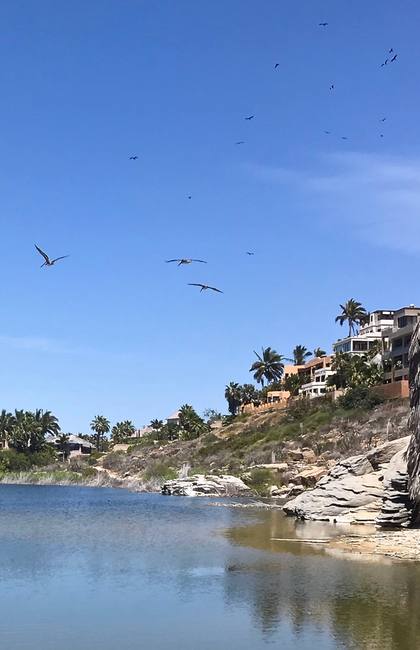 La Poza means the pool. It certainly is a large pool for birds. Pelicans, sea gulls and frigates are what I see most often. Some of the species endemic to the area include the Gray thrasher, Belding’s yellowthroat and Xantus’s hummingbird.

In April, a gringo who has been here a decade said he had never seen so much water in the lagoon. Much of this had to do with getting more rain last winter than is customary. The rainy (aka hurricane) season is July-September. 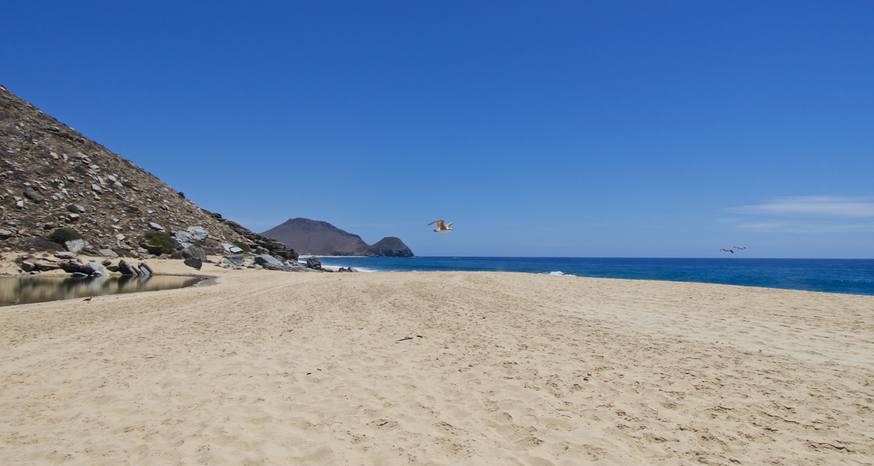 A stretch of beach usually separates the lagoon, left, from the Pacific Ocean. (Image: Kathryn Reed)

This is encouraging because in 2012 the water stopped flowing to La Poza. Too much water had been diverted from the La Reforma River for agriculture.

Like most places in the world, water is precious and there are conflicting needs. Mexico is getting better about understanding the consequences of not protecting the environment. It’s not just about the birds. Wetlands, lagoons, marshes – they play a huge role in the ecosystem. 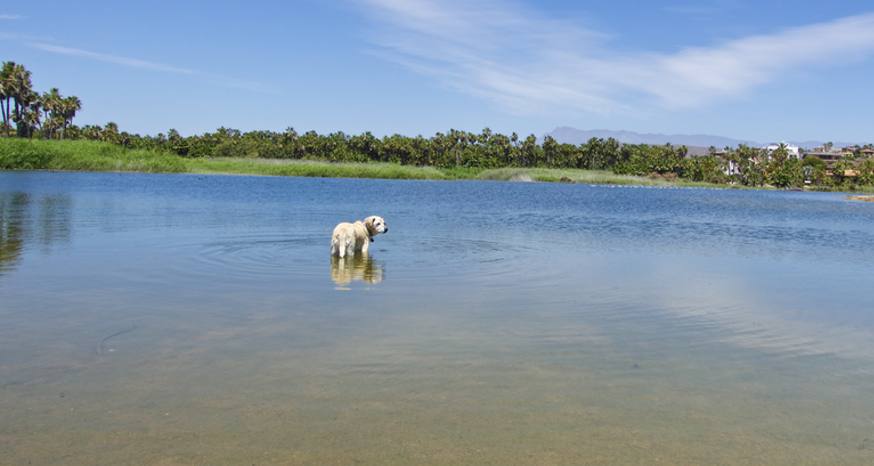 AJ enjoys the stillness of the lagoon, and the fact it is not salty. (Image: Kathryn Reed)

Late last year there were times when the Pacific Ocean was flowing into the lagoon. This is one of the benefits of wetlands like these, they help with storm surge and provide a holding area for excess water.

While the ocean can be mesmerizing, often times there is so much more activity going on at the lagoon. Birds circle overhead, walk along for what the most part is a lush boundary, while some are floating on the water looking for dinner below them.

The entire area covers nearly 35 acres, with about 10 of those being water.