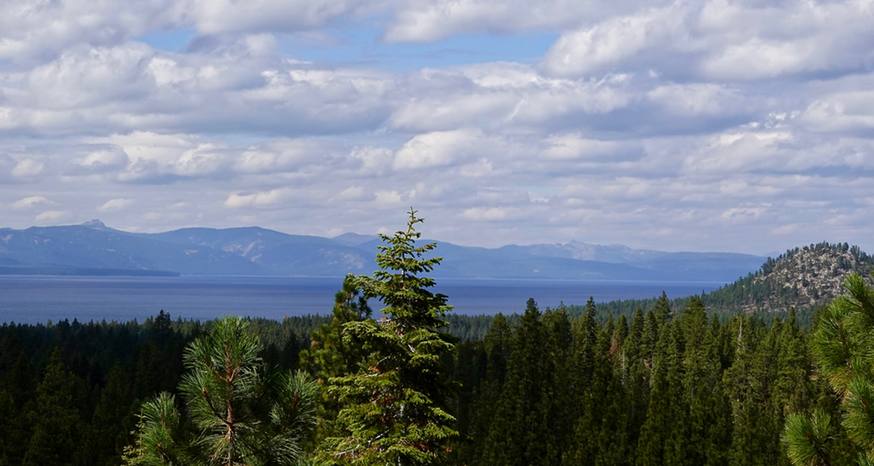 Although Van Sickle Bi-State Park opened in 2011, trails are still being built. This is a good thing for hikers and mountain bikers, especially when it helps relieve congestion.

In the 2020 trail building season, the section of the K to K Trail going to Kingsbury Grade was finished. When done, the other side will go to Keller Drive near Heavenly Mountain Resort’s California Lodge. A completion date has not been set. It will require going through private property and U.S. Forest Service land.

With easy access to this outdoor playground from the Stateline, Nevada, casinos, it has become a popular place to recreate for tourists and locals. Views of Lake Tahoe are easily had without much effort, making it an ideal place to go for those who don’t want to work up a sweat.

However, it is possible to get the adrenaline pumping depending on the trail one chooses. Information about the park and maps are often available at the site.

We opted to head left off the main trail onto the Cal-Neva Loop to get to the new K and K Trail. This was mostly to avoid the weekend traffic that was headed up on the route to the larger waterfall. 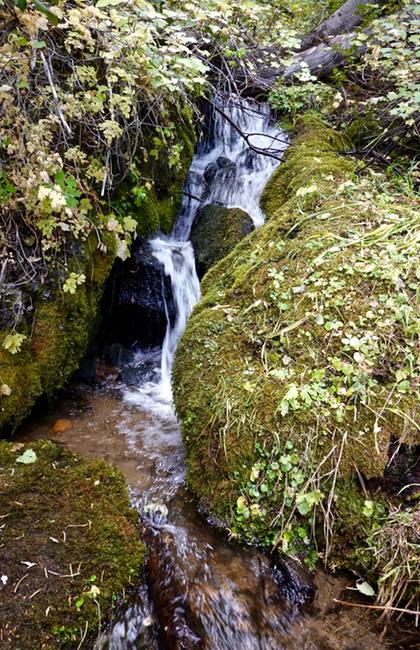 What a lovely section of trail. With it being so new we only counted a handful of people. While the waterfall on this route is not as tall as the main one, it was a fun discovery. And for so much water to be flowing in October was a bit surprising.

We ended up doing 3.69 miles that day, so had AJ been with us there would have been enough water for her. Plus, the temperature was definitely on the cooler side in October.

Much of the trail is single track, hard pack dirt. At times the forest is dense, other times it opens up to wonderful views of Lake Tahoe.

The route now ends at Easy Street. This intersects with Palisades Drive, which dead ends at Kingsbury Grade. We turned around at the first road, stayed on the K to K until it met up with the main trail in the park, and then went back to the starting point.

Van Sickle is the only bi-state part in the country. According to the park’s website, “As a memorial to his late grandfather Henry Van Sickle, Jack Van Sickle donated 542 acres of his land to the State of Nevada in 1988 to create a new Nevada State Park. Subsequently, the state of California purchased the adjacent land, the Van Sickle family’s former Crescent V Ranch, to connect the park to the community of South Lake Tahoe.”

Today the park is managed by the Nevada Division of State Parks in partnership with the California Tahoe Conservancy. The Tahoe Rim Trail Association and Tahoe Area Mountain Biking Association are integral partners in continued trail expansion in the park.

The other great thing about Van Sickle is that it is a fun place to snowshoe. 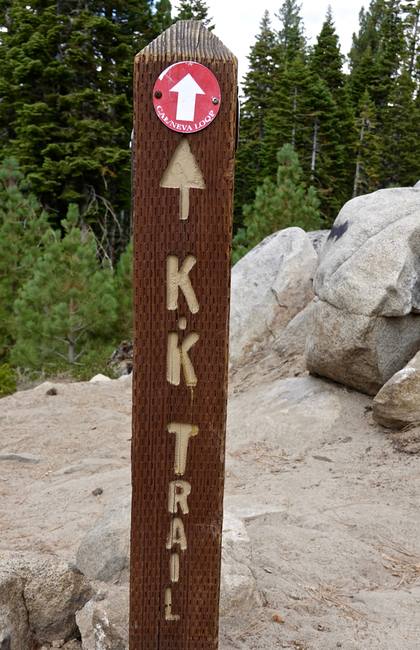 It could be a few more years before the entire K to K route is completed. (Image: Kathryn Reed)