Trees from around the world line nature trail

While I have plenty of familiarity with pulling a cork out of a wine bottle, until this summer I had never seen a cork tree.

A cork oak grove is part of Bidwell Park in Chico; more precisely in the World of Trees Nature Trail off East Eighth Street. The cork trees were planted in 1904. 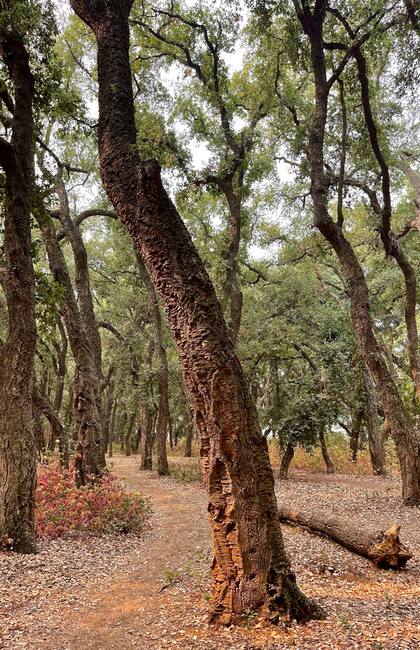 Knocking on a tree it almost seems hollow. It’s soft to the touch. I didn’t try to see how easy it would be to take a piece off because that seemed like it would be destructive, selfish, and truly pointless.

Others, though, have harvested cork from the trees in the past. The stripping occurred in the 1940s and at other times; the scars are visible. 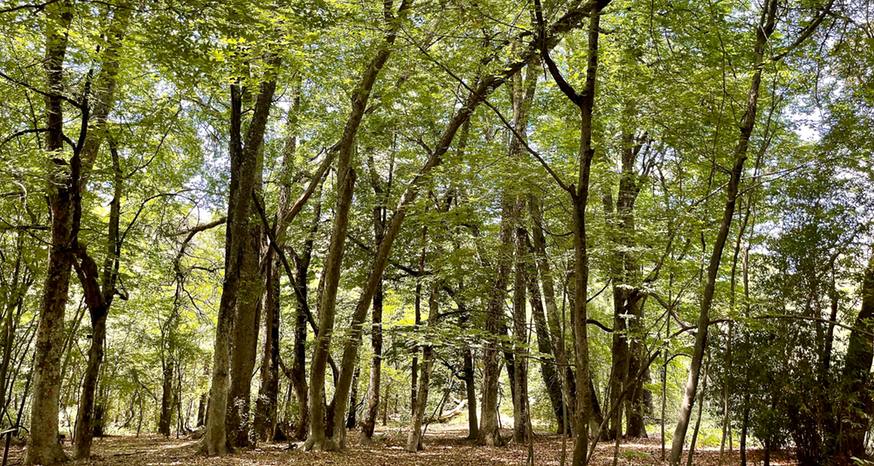 Trees from around the world thrive in Bidwell Park. (Image: Kathryn Reed)

Cork works so well for keeping wine from seeping out of bottles because it contains suber. In fact, the official name of the tree is Quercus suber. Suber is the exterior of the bark of the tree, which is waxy. It is also waterproof, which makes it ideal for sealing in wine.

A plethora of trees are part of this half-mile or so nature trail. It makes a loop, though there are off-shoots that can make the experience longer. Interpretive signs point out some of the species of trees. 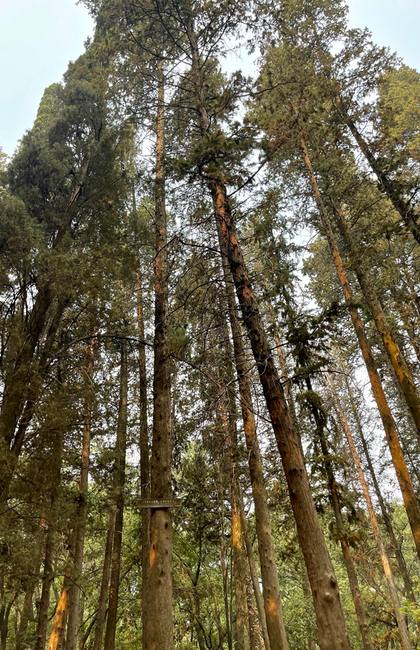 In addition to the cork, the trees AJ and I saw that were named included: 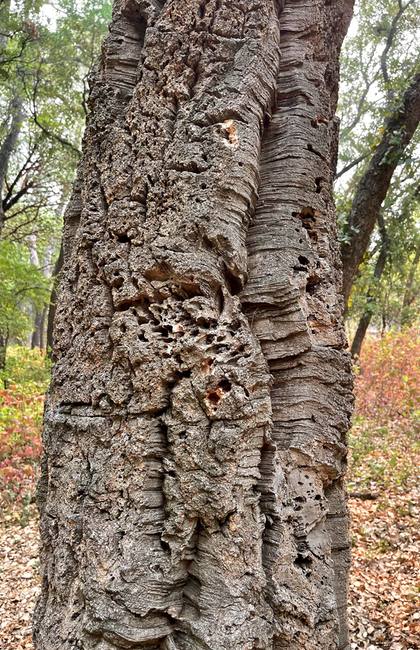 The grove once had 122 sequoias. The nonprofit Friends of Bidwell Park said a week of 10-degree temps in 1932 wiped them out.

The cork grove was part of the 29 acres John Bidwell in 1888 donated to the just created State Board of Forestry. Within five years the funding for the new agency was cutoff. The Legislature gave the property to the University of California Department of Agriculture at Berkeley. In 1921, the state took possession from the university. The city of Chico became the landowner through locals each contributing $100 to buy the acreage from the state. All of this is according to Friends of Bidwell Park.

It’s a wonderful path that is bound to change seasonally. It’s flat, dirt, and isn’t open to bikes or horses. It was delightful to see so many different species of trees, including ones I had never seen before, in less than a mile of walking.