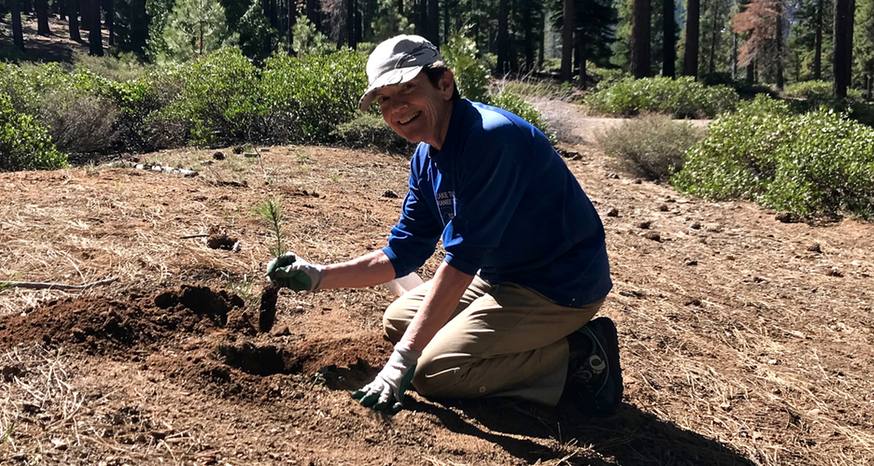 It’s hard to imagine the 6-inch sugar pine seedlings I put into the ground late last month could one day be 200-feet-tall, with a 5-foot-diameter and live to be 500 years old.

They seemed so fragile. With a root system about as long as the greenery, these were 1-year-olds from the Cal Forest Nursery in Etna, California. Rosemary and I found a location near the High Meadow trailhead to call home for our eight sugar pines. We were careful not to bend the roots, as instructed. We dug holes, replaced the dirt (we didn’t amend the soil), watered, replaced the duff and crossed our fingers our babies would be there (and thriving) when we go back to water. We put fallen pine cones around them in hopes to keep people away. Hopefully, wildlife doesn’t trample or eat them. It’s up to us to water them for the next three years, at which time they should be established.

“We encourage people to plant them where they live or walk,” Maria Mircheva, executive director of the Sugar Pine Foundation, said. “They have ownership.” Planting in one’s yard is the best.

For 13 years the South Lake Tahoe-based Sugar Pine Foundation has been planting trees in order to create a healthy population in the basin and beyond. Between the Comstock era that saw local forests clear cut and the nonnative, invasive white pine blister rust fungus, sugar pines were threatened. U.S. Forest Service technician John Pickett knew something had to be done. In 2005, he founded the nonprofit Sugar Pine Foundation. Mircheva has been executive director since July 2007 and is the face of the organization today. 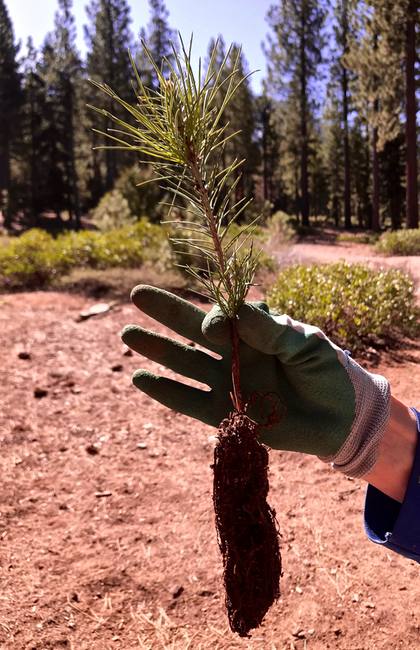 Sugar pines are part of the white pine species. They are the largest pine species in the world. Their five needles help distinguish them. The cones, well, they are the ones that can be 14 inches long. They look like decorative earrings when attached to tree limbs.

Normally the organization plants 10,000 trees a year; some in spring, some in fall. This spring the group had that many to plant at one time. Then the novel coronavirus hit, which meant the end to the traditional group plantings. A call was put out on social media by Mircheva that was met with a resounding response. People wanted to help. 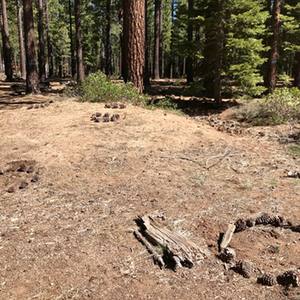 On April 18, 5,000 trees were given out at six locations throughout the Lake Tahoe Basin. Another 1,000 were dispensed April 25. At Mircheva’s location on the South Shore she had handed out her 250 trees in less than 15 minutes. People were that interested. A few handed her cash donations. After all, it usually costs $10 to get one seedling.

At first it was going to be 15 trees per person. Then the distributors started putting fewer in a bag so more people could participate. The other 4,000 seedlings this spring went to partner agencies to be planted professionally, with a few held back for classes at Lake Tahoe Community College.

The foundation’s website has more information about the group, ways to get involved and at-home activities.