Wildlife relies on instinct, intuition and centuries of DNA passed through their ancestors to know how to cope with wildfire and the aftermath.

But when the fires happen more frequently, burn hotter and more habitat is lost, their resiliency may not be what it was in years gone by.

“It is impossible to ignore the fact the fire regimen is intensifying and changing. There are several species that will be at risk if these mega-fires continue to happen year after year in the Sierra Nevada,” Mark Enders, wildlife diversity biologist with the Nevada Department of Wildlife, said.

In the Tahoe area, Enders singled out spotted owls and martens, the latter a weasel-like mammal, that will have a harder time with habitat loss, especially if the fires continue at this pace. 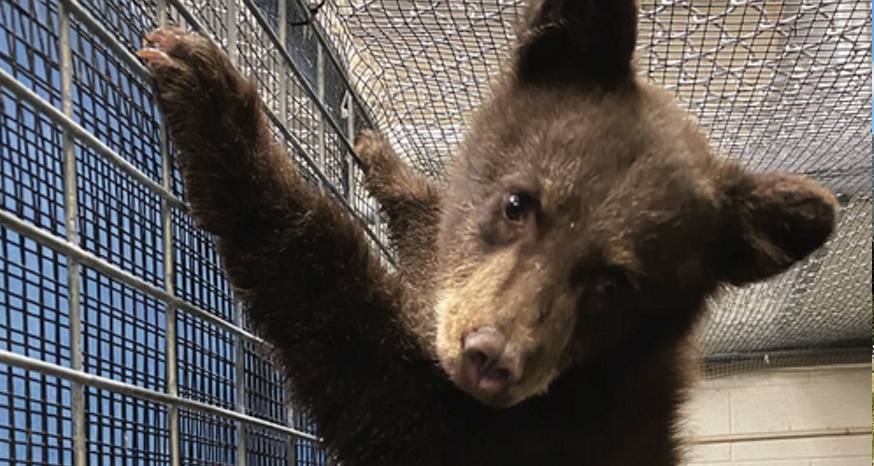 2020 was the worst fire season in California’s history with more than 4.1 million acres charred. In 2021, there were 8,832 wildfires in the state that burned nearly 2.6 million acres.

The Lake Tahoe area in 2021 was impacted by the Tamarack and Caldor fires.

“We are talking about 300 vertebrate species that might use a given forest. It is going to be a little different for each species that uses it,” Enders said. “The species that are most at-risk are the species that are less common. The California spotted owl makes use of mature forest in the Sierra Nevada. Generally, it’s the only habitat you will find them.”

Silver haired bats and flying squirrels also live in mature forests, like what burned in the Caldor Fire. The ability to fly, though, ups the chances of survival.

Some animals  withstood the flames by burrowing underground.

Larger animals in the basin like bears, deer and bobcats are likely to have fled and could return. While the Caldor Fire burned more than 221,000 acres, only 9,885 acres were in the basin. Even so, it’s not like these animals know such boundaries.

What remains to be seen because of the Tahoe area fires is how many bear cubs will be born this winter. If the hyperphagia phase was interrupted, it may impact births. This phase is when bears go into overdrive to eat as much as they can before retiring to a den for the winter. 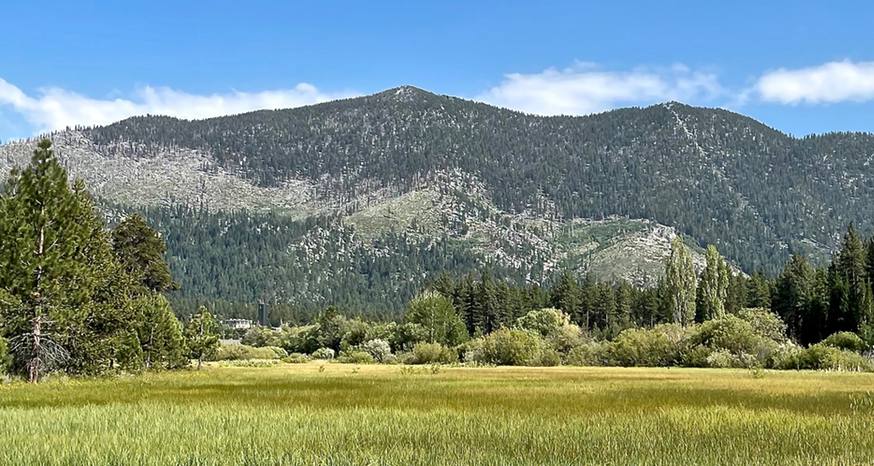 What will never be known is how many animals actually die in any given fire.

It often isn’t until the fire is less intense or has been contained that the affected animals reveal themselves to the people who have returned after an evacuation. What has changed, though, is the Wildlife Disaster Network that was created in fall 2020 as a partnership between UC Davis School of Veterinary Medicine and California Department of Fish and Wildlife.

“It is a way to pool the limited and small wildlife veterinary services around the state to maximize the benefits for injured, burned wildlife,” explained Peter Tira with CDFW.

Firefighters who encounter wildlife with medical needs can call an 800 number so help can be administered faster.

When the more than 22,000 South Lake Tahoe residents were ordered to evacuate, not all the animals got the message. According to the South Lake Tahoe Police Department, there were 16 calls related to bears from Aug. 30 to Sept. 6. Not all were break-ins.

Lake Tahoe Wildlife Care in South Lake Tahoe also had to evacuate because of the Caldor Fire. It is one of more than 80 wildlife rehabilitation centers certified by the California Department of Fish and Wildlife.

The nonprofit is caring for three burned porcupines from the Christmas Valley area, where the Caldor flames first reached the basin.

“Because of the loss of habitat we are getting a lot of starving animals. Red-tail hawks mainly, and other raptors migrating through or from here who are not getting their food source,” explained Denise Upton, animal care director for LTWC.

“Some of our bears released this spring were about 70 miles from here at Ebbetts Pass. They got pushed out (from the fires) and we are getting calls from Washoe Valley.” Ear tags identify the bears.

However, it’s not just the fires that are displacing wildlife. Wildfire prevention is doing the same thing.

“Last year we received 3,700-plus animals. This year we will see well more than 4,700 animals. I attribute it to tree clearing—PG&E and homeowners are clearing year-round,” Sallysue Stein, director of Gold Country Wildlife Rescue in Auburn, said. “We were buried in baby season. Every tree can have song birds, foxes, raccoons, barn owls and all those cavity dwellers. I still think we are only seeing a fraction of those babies.”

Baby season starts in March and can last into September.

While fire can clearly be devastating for people, wildlife and flora, it is not always a bad thing. Clearing out the underbrush can produce a healthier forest and better habitat for those who call it home. It’s crown fires—when the flames are in treetops—that are most severe and cause the most loss of habitat.

Some animals actually thrive in a charred landscape.

He has spent quite a bit of time studying life after the 2002 Gondola Fire that burned more than 670 acres after someone who was never identified threw a cigarette out of one of Heavenly Mountain Resort’s gondola cars.

While nearly 20 years later the scar is still pronounced because the trees have not come back, there are numerous shrubs and large swaths of lupine that have sprouted. The flora gives nourishment to bumblebees and other insects that did not exist in these numbers pre-fire, according to Enders.

He explained how these pollinators create food sources for animals higher up the food chain. They pollinate fruit sources for bears to feast off of—thus proving wildlife and the land can learn to adapt post-fire—at least for now.

A version of this story first appeared in Tahoe In Depth.