Vintage piano collection in Baja Sur a relic from 1800s 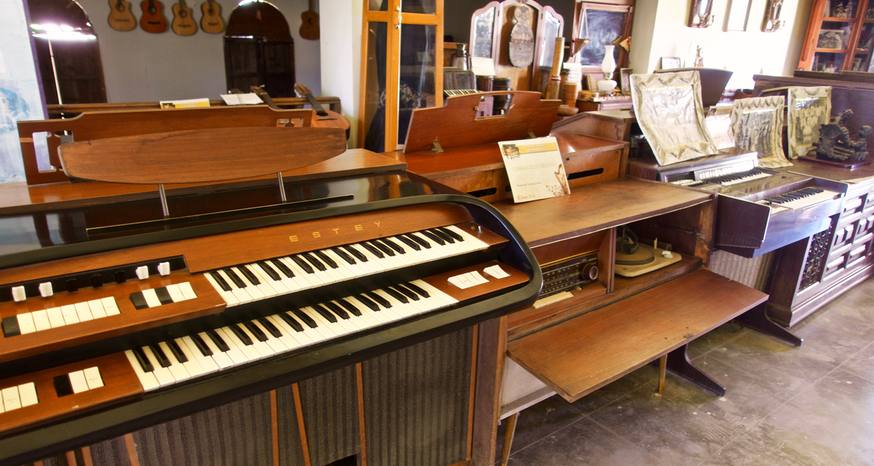 An array of pianos are on display at the Museo de la Musica in El Triunfo. (Image: Kathryn Reed)

If only all that ivory could tell stories. What sweet music did they once play? Was it mostly love songs, classics, jazz or something edgy? Whose fingers caressed them?

It takes a bit of imagination to think of these relics as something more than dusty pianos in a pseudo museum in the middle of Baja California Sur. In the literal sense, that is what they are – old pianos on display for 20 pesos (about $1) in the town of El Triunfo at the Museo de la Musica. But what were they like in their heyday?

There was a time when El Triunfo was a bustling mining town of more than 10,000 people. (Today there is just more than 300.) Music in the 1800s, like today, was a way to unwind after the work was done. Some of the pianos date back to then. The building is also from the 19th century. Europeans and Asians came here to work, some trying to get rich in the silver mines. They brought their culture, which included their music and instruments. 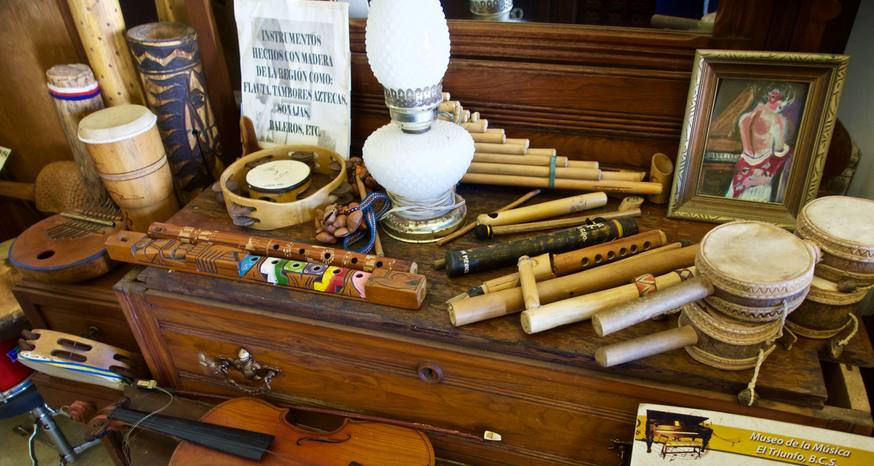 An array of instruments beyond the pianos is a lesser part of the museum display. (Image: Kathryn Reed)

Museo de la Musica, which opened in December 2003, has an organ, horn and string instruments, and old records to complement the pianos.

One display says in English, “Monarck piano: Manufactured in 1880, appertaining to Verdugo family. This piano was kept (covered and hidden) by fear to the revolutionary army that was in a war from 1910. Stayed hidden along five years, and later was rescued and gotten ready to play again.”

A Wagner from 1937, a Steinway from 1857, a Wurlitzer – are all part of the display. The latter was donated by Carmen Romano de Lopez Portillo, first lady of Mexico from 1976-82. 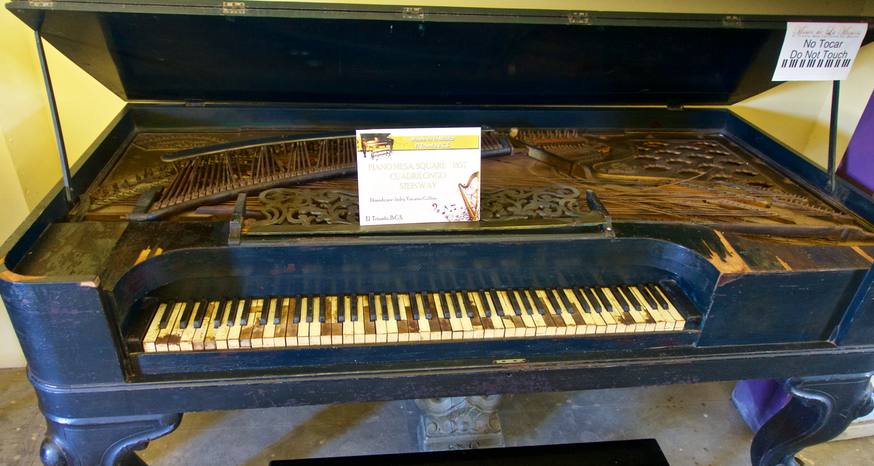 A Cuadrilongo Steinway from 1857 is part of the collection in El Triunfo. (Image: Kathryn Reed)

Some pianos are simple, some more elaborate. With a little care, the wood could shine again. Fully restored, a single piano could be worth six figures in U.S. dollars. Most keys need some attention. Undoubtedly they all need tuning. While it’s understandable the public is asked not to touch these artifacts, a little attention might bring them back to life. More information would be helpful to understand their history.

Next to the display room is a concert hall of sorts with a grand piano on a stage three steps up from the main floor that is filled with folding chairs set for an audience. The museum on occasion hosts concerts. No schedule was available.

So much potential exists to make this museum a destination instead of an afterthought, especially with it being on the main road through town.