A tortilla with fish. There had to be more. This couldn’t be all there was to a fish Taco in Mexico.

The waiter saw the puzzlement on our faces and smiled. I’m sure he said something in Spanish that none of us understood. He pointed to the center of the restaurant. Ah, that was the answer we needed. 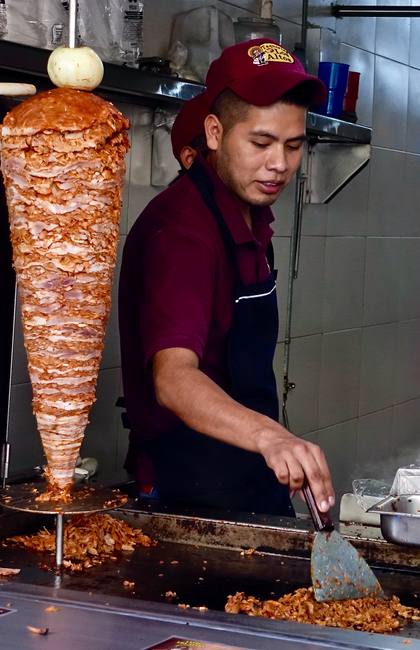 Al pastor tacos are being made in Guadalajara. (Image: Kathryn Reed)

This is how they do it in Mexico. Most often the “extras” are self-serve either at a communal assembly area or toppings are brought to the table.

This first encounter was when Penny, Tim and Laura came to visit me in Todos Santos last October. None of us knew this is how things are done in Mexico. We were in La Paz after a day at Balandra Beach. Once we figured out what to do, Tim and Penny had some special looking tacos.

Fish tacos reportedly were first created in Ensenada, Mexico. Ralph Rubio is credited with bringing fish tacos from Baja to the United States in the 1980s through his San Diego restaurant Rubio’s Fresh Mexican Grill.

While Mexico is the birthplace of the Taco, the dates, whereabouts and specific circumstances are debated.

This food item is so popular that Oct. 4 is National Taco Day in the United States. The event has its own website. Figures from the site say that people in the U.S. ate more 4.5 billion tacos in 2018. (For comparison, 50 billion hamburgers are consumed in the U.S. each year.)

The website goes on to say, “The word taco is the Mexican equivalent of the English word sandwich. The tortilla, which is made of corn or wheat, is wrapped or folded around a filling that is generally made of spiced proteins – beef, pork or fish.” 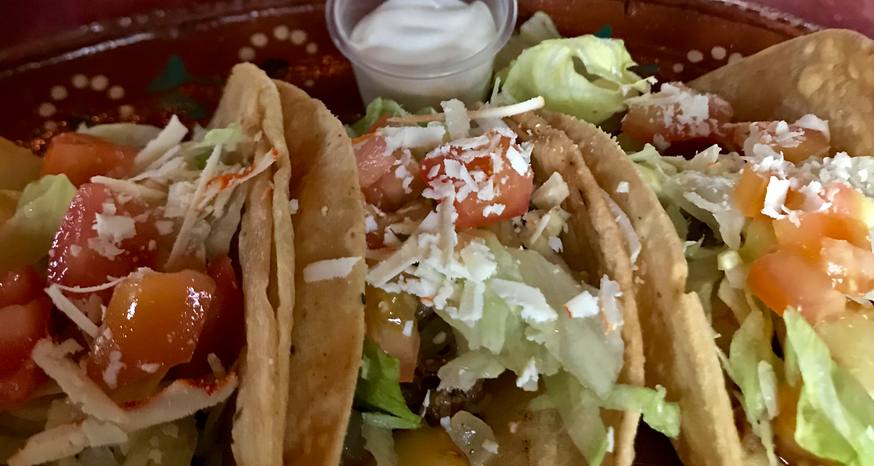 I’ve never seen a hard taco shell in Mexico; that seems to be a U.S. creation. Taco shells in Mexico are always soft, with diners usually having the choice between corn or flour. A variety of meats are often on the menu, but never have I seen hamburger meat like what one would find in the United States. White onions, cilantro, lime and salsa are staples for toppings in Mexico.

Another popular tradition is al pastor tacos, which is pork cooked on a spit. It reminds me of when I was in Greece and gyros would be available on the street corners; only there the spits were lamb.

On occasion I have been able to find a vegetarian taco in Mexico. At Chill N’ Grill in Todos Santos they make a potato taco which is really good. All the fixings came on it; which considering it’s a gringo restaurant makes sense. The restaurant even has Taco Tuesdays.