Jeep keeps chugging along with second engine in four months 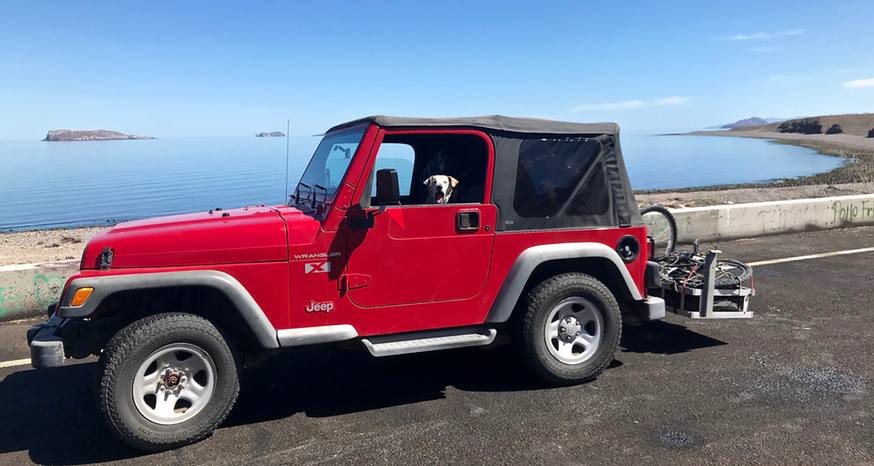 AJ takes over the driver’s seat on the drive north through Baja. (Image: Kathryn Reed)

Two engines in four months. Three if you count the original one.

The latest one came with a guarantee. Not sure what good that is going to do me 1,500 miles from the mechanic, but it was reassuring as I was driving north from Baja to Tahoe. I’m sure I’ve invested more in this 2002 Jeep Wrangler than it is worth. But then again, can you put a price tag on being able to get home safely with your dog and belongings?

I had to let my anger with the Mulege mechanic go. He got me from his town to Todos Santos with the engine he put in. I was able to drive to the Los Cabos airport a couple times and then around town for a couple months before being grounded. I think he did the best he could.

Luckily, I could walk most places I wanted to go in Todos Santos. My bike took me farther. 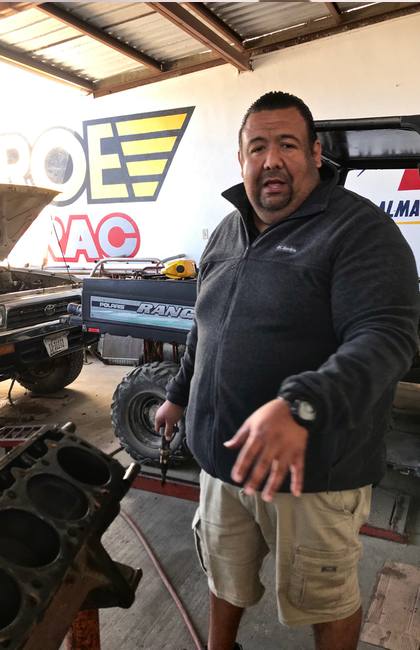 Salvador, the Mulege dude, had told me to get an oil sensor when I could, but said I didn’t need to be in a rush. Just ignore the sensor light, he added. Because I was tired of car issues I waited to deal with the sensor.

Finally, I took it in. The guys at MultiServicios Las Brisas in Todos Santos said the sensor wasn’t the problem. A compression check proved the oil pressure was not holding, which meant oil was not getting where it needed to. If I kept driving, the engine could seize and I would need another one. I really didn’t want to go through that again.

Unfortunately, we don’t always get what we want. After the Todos Santos mechanics pulled the engine they determined it could not be fixed.

I could see metal shavings in the oil. The oil was dirty. The oil pump was dangling as though it had never been attached properly. That was one of the new parts in the Mulege repair job. None of this was good.

I was going to get another rebuilt engine or not have a vehicle. Order it, I said.

I don’t know anything about the Mulege motor other than it was not with me long.

I know the current one came from Tijuana or Mexicali. Victor, who owns the Baja Sur shop, said he deals with brothers in northern Baja. He didn’t say which one sent the engine south. This was actually the second engine the brothers sent. The first was the wrong one. This delayed my departure by another week.

Exasperation filled my voice and facial expressions even with a mask on. The owner of the shop said not to worry, I would only be paying for one engine. It never crossed my mind this mistake would be my financial responsibility.

I chose to believe the wrong engine was delivered and that he had ordered the correct one. 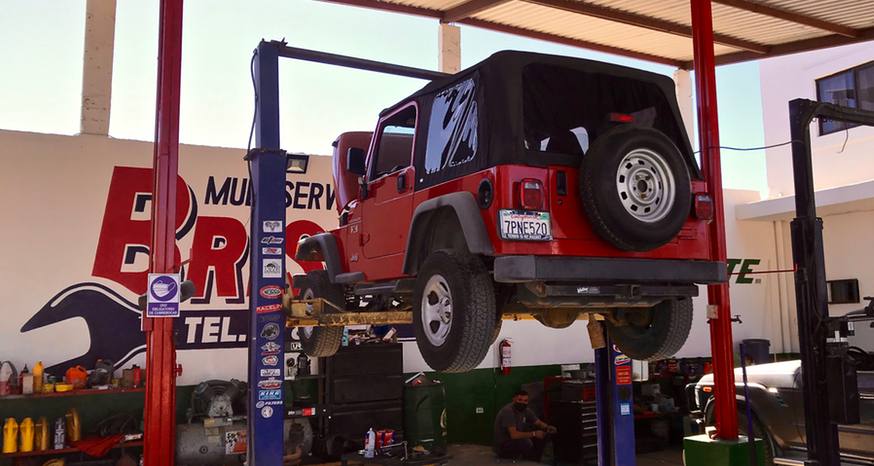 The Jeep gets worked on in Todos Santos. (Image: Kathryn Reed)

I don’t know much about this engine except it’s a 2004 either from a Jeep Cherokee or Grand Cherokee. I don’t know the mileage, any tests it’s gone through, or what may have been rebuilt. It likely came from a vehicle involved in an accident.

The day I found out the Jeep was ready I couldn’t actually take her home. The vehicle behind it had too many parts out for it to be able to be moved. This was so Mexico. Another deep breath and back I went on foot to where I was staying.

The next day I arrived to pay for the Jeep and my credit card was declined. Crap. I didn’t have the $1,438.48 on me in pesos or dollars. The debit card worked. Phew. My credit card company was “protecting” me is what I later found out.

A tennis friend’s husband is a retired mechanic. He took a look at the engine and listened to her purr. He made sure the oil was clean. A drive to Cabo San Lucas to see friends on the day before I headed back to the States proved uneventful. I wanted that little bit of mileage behind me before I made the four-day trek north.

I had a little hiccup when just outside of Lone Pine the check engine light came on. I wanted to ignore it, but thought better because I was headed toward icky weather and needed to cross mountain passes. She asked me what year it was. I didn’t know if the correct answer was 2002 or 2004. The mechanic in Bishop said it was no big deal and back on the road I went.

Getting the Jeep fixed was an emotional roller coaster. The added stress was that I needed to be back in California this week to sign some important papers in person.

The Jeep, well, she is still going. Who knows how many miles and what adventures I’ll have with this engine. The first one got me nearly 200,000 of fun, the second one less than 1,000 miles.