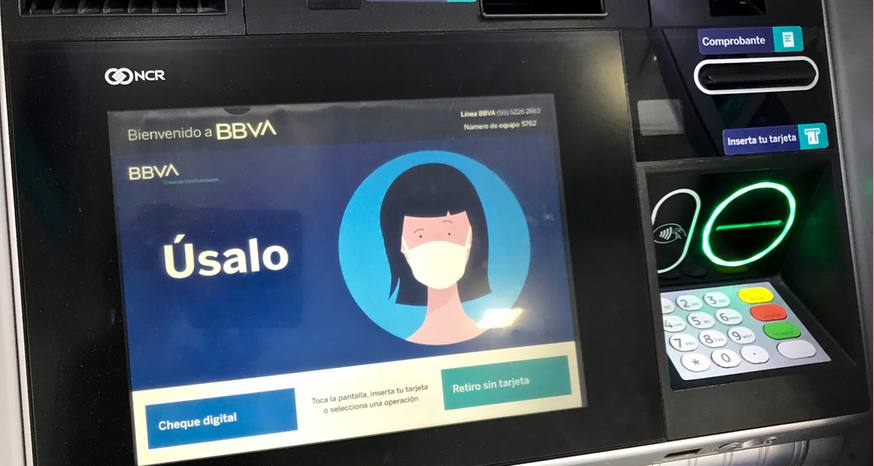 Baja California Sur government officials on Dec. 19 announced that anyone not wearing a mask in public would be subject to a fine. This was after the number of coronavirus cases began to surge again.

Groups are limited to 15 people in BCS. The two-week Christmas/New Year period is when so many Mexican families gather to celebrate. Normally people are off work and schools are closed this time of year for happy celebrations, not because of a pandemic. 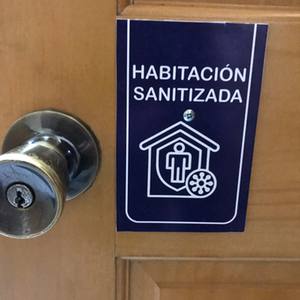 Despite the rules, in Todos Santos it is not unusual to hear parties going on into the wee hours of the morning. I’m happy to listen to the music from a distance, but worry I may unknowingly come in contact with one of the attendees out in the community.

Fortunately, I don’t go out much. The grocery store and produce stand are my regular outings where there are walls. Laundry gets dropped off at the door, so I’m never in the building. The few times I’ve had food or drinks out have all been outside, and socially distanced.

Even before the governor put out the mandate, people were fairly good about wearing masks most places I was going to in Baja. The last holdouts seemed to be the gringos at the tennis court where I play. Even they are now abiding by the rules. 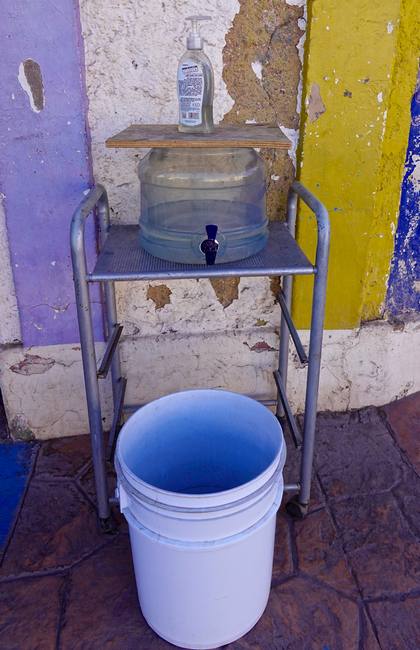 A place to sanitize and/or wash hands outside of a store in Mulegé. (Image: Kathryn Reed)

Early on during the pandemic Mexico closed all of its beaches, limited how many people could be outside together, as well as how many could be in a vehicle, along with shutting down businesses. Alcohol sales were limited and beer production ceased. Measures are not as drastic now. Still, the country is about six weeks behind the United States in terms of how the virus is striking people.

When I traveled down the peninsula in November I mostly felt safe with all the interactions I had. At Hotel Jardines in San Quintín there was a hand sanitizer dispenser attached to the wall in the room. Outside, next to the door handle, was a sign saying habitación sanitizada or sanitized room. While I believe this was the case, the sign was screwed onto the door so it’s not like it was placed there after every cleaning. 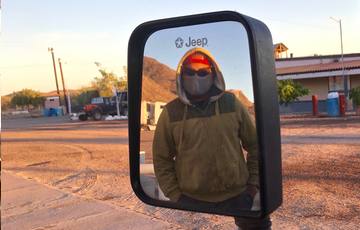 A gas station attendant in Baja California Sur with a full mask as he fills a tank. (Image: Kathryn Reed)

Gas station attendants all had masks. Some wore them below their nose, though. Cubre boca is on signs throughout Baja with a picture of a mask. The problem is that the literal translation is cover mouth, as opposed to wear a mask. From family and friends who have visited or are living on the mainland, word is that it’s common for masks to not cover noses.

Another popular thing on the mainland is having to clean your shoes before entering a building. This was set up years ago when foot and mouth disease was an issue in Mexico. A few stores in Todos Santos have done the same, but most don’t have water or cleaner in the shallow basin to step in, so it isn’t doing anything.

While most stores in Mulegé either had sanitizer out front or some way for people to cleanse their hands, a good number of people in this town were maskless. That is why I was happy to get a COVID test when I reached Todos Santos. 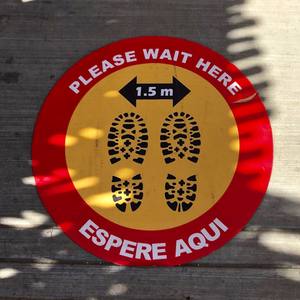 Even at banks one of the ATM screens says to wear a mask. People are supposed to be spaced 1.5 meters (nearly 5 feet) from each other no matter where they are. Distance rules here are broken more than mask regulations, based on my casual observations.

Walking into the complex of stores in the Walmart center in Cabo San Lucas in early December I had my temperature taken and sanitizer squirted into my hand. More people were stationed at the entrance to the big box store, but they failed to screen me. I got what I needed and left quickly.

For the expats in Mexico who are permanent residents and 65 or older the COVID vaccine is reportedly going to be available at St. Jude’s Medical Center in Todos Santos as early as late February.