Jeep continues to be perfect vehicle after 20 years 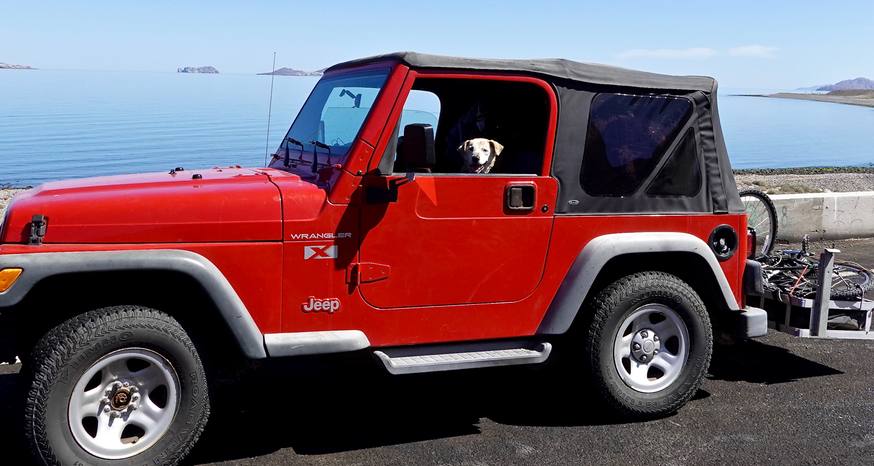 AJ still gets into the driver’s seat when it’s vacant. (Image: Kathryn Reed)

Change. It’s the one thing we can all count on. Nothing stays the same.

Relationships change even if they last. The walls of a residence may be the same, but the insides often change—if only from wear and tear. Jobs—they certainly come and go and evolve.

Vehicles, well, they too come and go. Unless you are like me. My Jeep Wrangler turns 20-years-old this month. 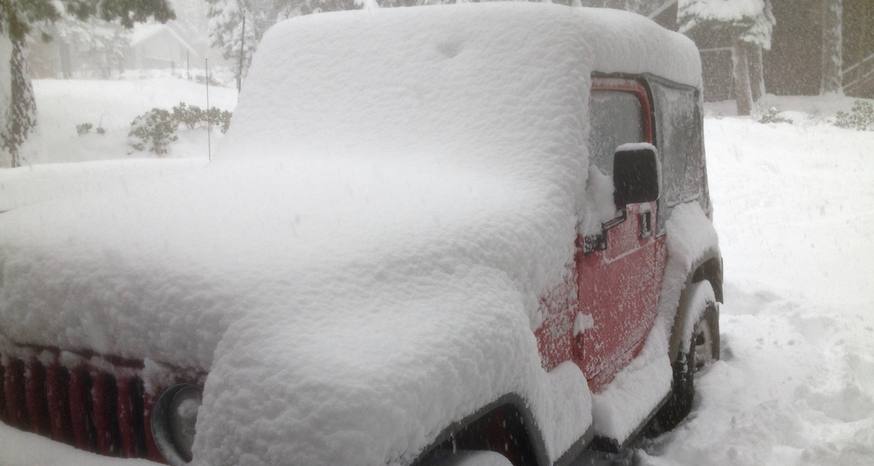 A rare time the Jeep is outside during a snowstorm in Tahoe. (Image: Kathryn Reed)

According to IHS Markit, people keep their cars an average of 11.9 years. The same group says new cars are kept on average for six years.

In the car ownership realm, I’ve far exceeded being average. The Jeep was new when I got her back in 2002.

It was an interesting time in my life. I was working at the San Francisco Chronicle as an editor. In late December 2021, I had returned to the U.S. from a four-month solo trip to South America. In all, I had taken a six-month sabbatical from the paper.

I returned to work that January knowing I wanted out, that I wanted to move to Tahoe. I started looking for a house to buy without having a job there. My real estate agent said don’t buy anything major—like a vehicle—while I was house hunting.

I failed to heed his advice. 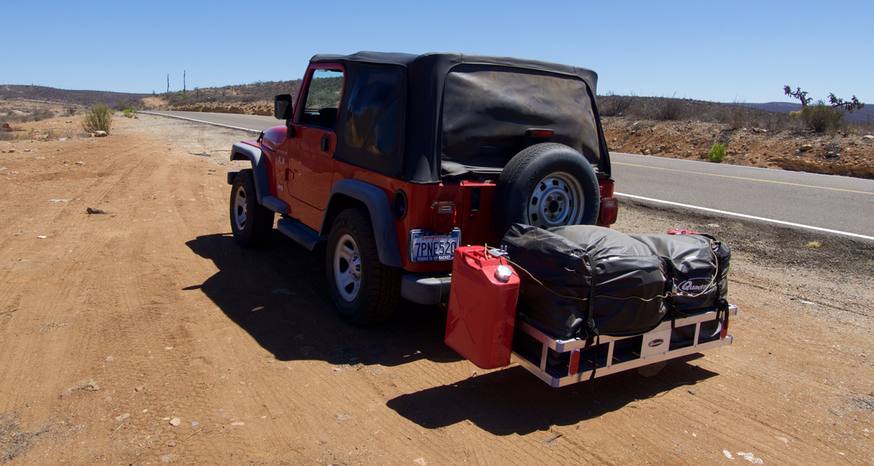 I didn’t buy a house then, though I did put in a low bid on one. Hindsight being what it is, I should have gone for that house because prices went up substantially by the time I got into the Tahoe housing market in March 2003. But in early 2002 I didn’t know I would have a job in Tahoe starting the following August.

When I first started looking for a new vehicle I couldn’t decide if I wanted a sports car or something more responsible. OK, I knew what I wanted. What I vacillated about was if I should be more practical.

Plus, should I look for a vehicle for where I lived or where I wanted to live?

It came down to a sporty BMW with all-wheel drive and the Wrangler. Quite the difference.

I clearly opted for practical. 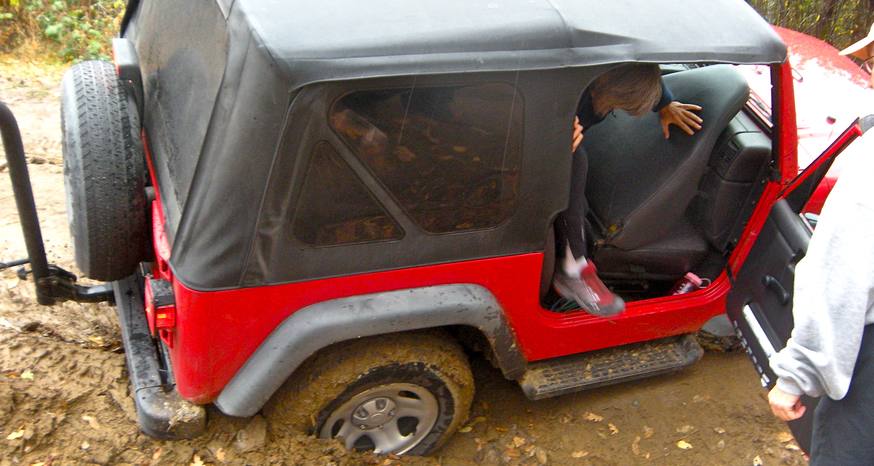 Even Jeeps can get stuck. (Image: Kathryn Reed)

Little did I know what an incredible Tahoe (and Baja) vehicle the Wrangler would be. Perfect for the snow, perfect with the top down in summer, great for hauling firewood, the ideal dog mobile. Perfect for the dirt roads of Baja and transporting all of my belongings.

First it was my dog Bailey who romped in the Jeep. She was used to Jeeps since my ex had one. We would go on errands together. Other than the tennis ball, I’m pretty sure riding in the Jeep was her second favorite activity.

Then AJ became my co-pilot. She finally got the hang of riding in it with the top down. Though there was at least one time when she jumped out of the back. That’s being pretty agile considering she had to get over the “wall” and onto the ground without hurting herself. To this day there are times she wants to sit on my lap as I drive; it can be interesting to say the least.

The Jeep has been off-roading a few times—in Tahoe and Mexico. There was the time on a girls’ camping trip where I got her stuck in mud. The three passengers unloaded and we were able to get out of the muck. 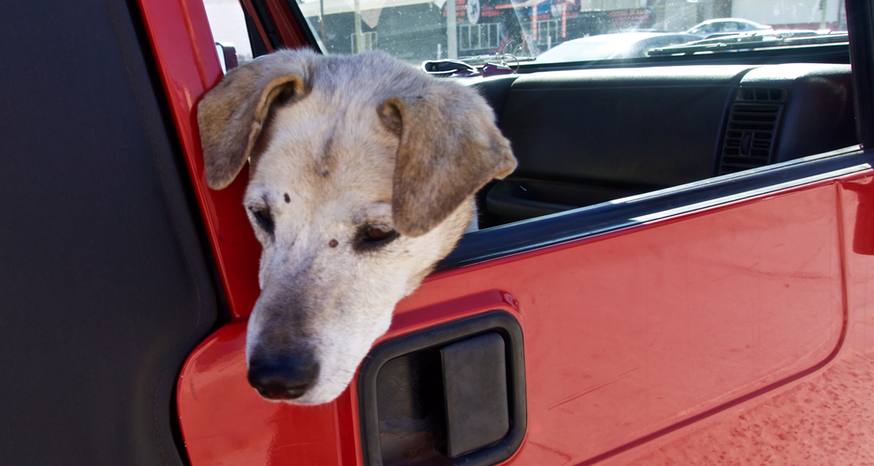 More times than I can count I was glad to have her in the snow of Tahoe.

Then there is her size. I felt like I could park anywhere with her being so stubby. And because she likes dirt under her tires, it meant some creative parking in Tahoe and even Baja.

Most of her life the top has been down during the summers. I would even get haircuts that could withstand the constant wind-blown look—well, at least my stylist tried.

Several times I was caught with the top down and the skies would open up. Never a pleasant experience. The worst was probably hiking with my nephew. He was riding in the back seat when it started to hail. Fun? No. Memorable? Yes.

The top has been replaced a couple times with the help of a former fellow-Wrangler owner.

Now the top is up all the time. This is where a push of the button would be nice on a convertible.

The vehicle, now with nearly 206,000 miles on it, has served me well. She has gotten me to and back from Baja three times, even with getting two “new” engines on the last excursion.

I keep thinking I’m going to get another vehicle, but I don’t. Something about the Jeep keeps serving my purposes. The massage table fits perfectly in it. It fits in a somewhat small garage next to another vehicle. And I’m not sure what I would do if I didn’t have to manually roll down my windows, or manually adjust my side mirrors. And all that dog hair, well, the Jeep is perfect for AJ, too.

The Jeep seems to have as many stories as she does miles. I want to keep making memories with her.

Most important, the Jeepy keeps running as she enters her 21st year.