Returning to the skies after 2+ year hiatus 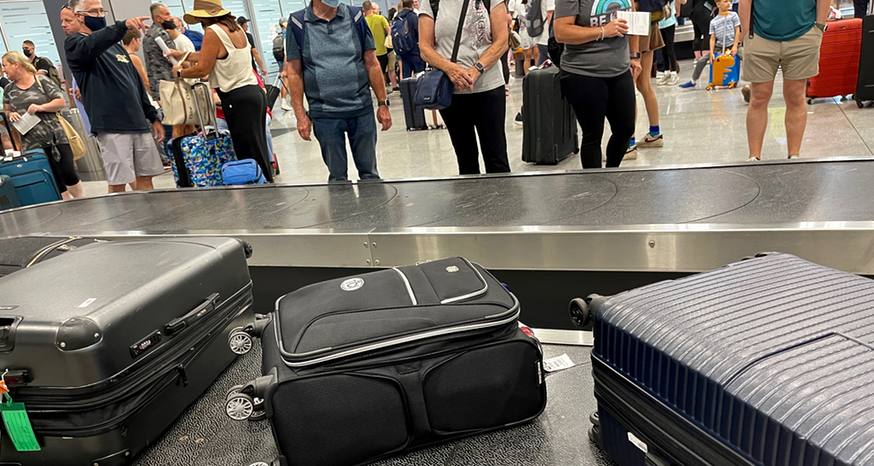 People are not letting the ongoing pandemic stop them from traveling by plane. (Image: Kathryn Reed)

For as long as I can remember I’ve enjoyed flying. It means I’m going on a trip. It also means eventually I’m going home, which I’m usually ready to do at the end of vacation.

While others used the pandemic as a reason not to fly, my primary reason was my dog. I no longer wanted to be gone from her for an extended time, nor did I want to leave her with a dog sitter in her final years. I really didn’t want her to die while I was traveling.

With AJ’s death in February, it meant my excuse not to fly was gone. So, would the pandemic be a reason not to take to the air? Would the mask mandate on planes being quashed keep me grounded?

No. I love to travel and explore. I want to be with friends who are more than a day’s drive away. This means getting on a plane.

This month was my first time to be on a plane in about 2½ years. It was just like I remembered. 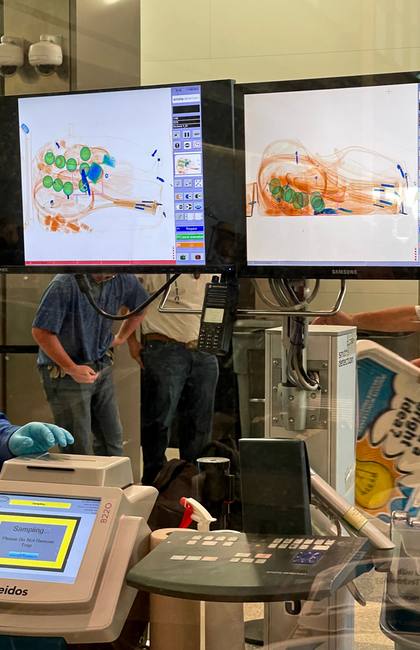 The tennis bag gets a special screening because a cork screw was in it. (Image: Kathryn Reed)

I resumed my preflight ritual of having a bloody Mary at the airport bar. This happens no matter the hour of the day.

I still had to take my shoes off. Everyone between 13 and 74 has to. Apparently those that fall outside that age range are not likely to have a bomb in their shoe. It still amazes how one person with a bomb in their shoe led to the creation of shoes off for airport screenings, yet we can’t come up with gun control laws after countless people have been slaughtered by AR-15s. But I digress.

I wore a mask on the plane and the whole time I was in the airports. I wasn’t alone. But I sure was the minority on the aircraft.

I didn’t even take it off to have a sip of water, though I would have if I had felt parched.

After we landed at our foreign destination the flight attendant said masks were required in the airport. An audible groan filled the cabin. The woman across the aisle didn’t have one. Her husband, though, had a supply for the whole family.

In this day and age, it seems absurd not to travel with a mask. You don’t know when the rules will change or what the regulations will be outside your home town.

I’m guessing I may always fly wearing a mask. I know I’ve gotten a cold after being on a plane; all of those germs spread through coughs, hacks and wheezing. I want to avoid routine colds as well as deadly viruses. While a mask is a nasty four-letter word for many people, to me it represents a real four-letter word—life.

It feels good to fly again, but damn, I sure miss AJ.