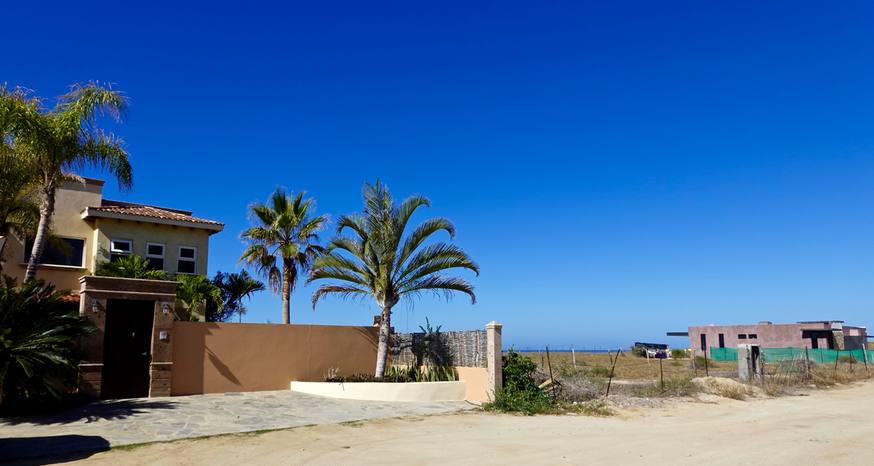 Building oceanfront homes in the greater Todos Santos area is coming to a head with a group of residents (Mexicans and expats) paying $24,000 for an environment study to classify the sand dunes.

A group of scientists led by environmental and development expert Ileana Espejel arrived in mid-February to scour the land for several days. A 30-mile stretch from Elias Calles in the south to Agua Blanca in the north is the scope of the project. Dune plants were recorded, GPS was used, and a trolley took measurements. Documentation of building in an arroyo was also captured.

All of this was filmed for future use, with each of the five scientists being interviewed during the process.

The goal is to determine where the primary, secondary and tertiary dunes are. The desire is to eliminate any confusion about what the various dunes are in the region and to have the government codify the findings.

Primary dunes are the closest to the water and are the most sensitive. But not every dune nearest the water is a primary dune based on environmental definitions.

“Primary dunes are composed of sand blown directly from the beach face (active beach), whereas secondary dunes develop following the subsequent modification of primary dunes,” according to Nature.com. 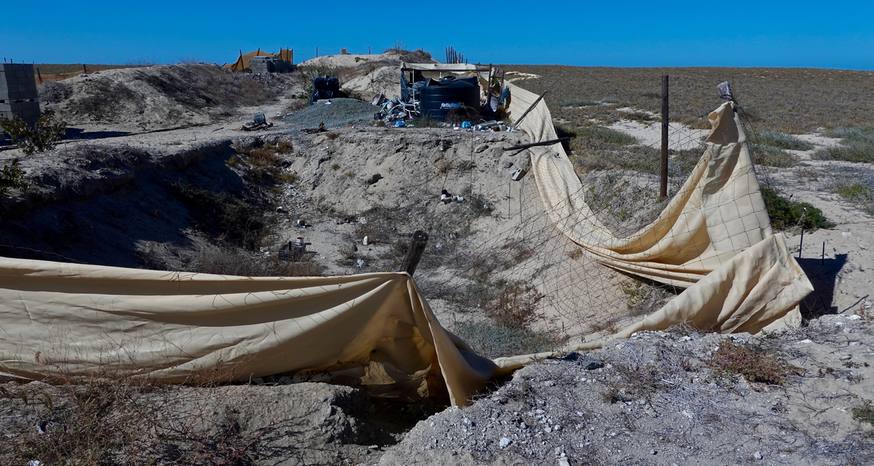 Since construction was stopped on this Todos Santos house in 2019 the lot has become an eyesore. (Image: Kathryn Reed)

Even though the Master Plan of Todos Santos, which covers that same swath of sand that is being studied, took effect Aug. 12, 2012, building beachfront houses continues in this area of Baja California Sur. That Subregional Development Program was published in state bulletin No. 40 dated Aug. 10, 2012.

The 2012 law got a structure at the end of Calle Los Mangos in the Las Tunas area to be halted. However, the parcel now looks like a dump site after squatters took over. It’s an environmental nightmare for other reasons.

Two houses on the dunes off a street with no name in the San Sebastian area of Todos Santos are questionable builds. One has been there before the 2012 laws went into effect, while the other was built in summer 2020 when government offices were closed because of the pandemic.

If the people who don’t want building on dunes get their way, that new house and any others would likely would have to be torn down and the land restored.

While there are those who believe they should be allowed to do what they want with their land, that usually is not the case no matter where one lives.

Local real estate agents are supposed to let people know about the 2012 law so they aren’t surprised when they can’t build. Some people just don’t care. Money can talk louder in Mexico than laws, and permits get issued. Builders and homeowners are seldom reprimanded.

The group behind the study wants building on the dunes to stop and people to be held accountable. They have hired local attorney John Moreno to represent them.

“Once completed, the study will be presented to the Mexican authorities for acceptance of dune identification. This will help the municipality, Realtors, developers and prospective buyers understand legal building sites,” an email from the advocacy group said. “Evidenced by a recent illegal build right in front of Flora del Mar, it is obvious that there is confusion and controversy over what is a primary dune and their location in our region.”