Flumes provide hikers with a walk through history 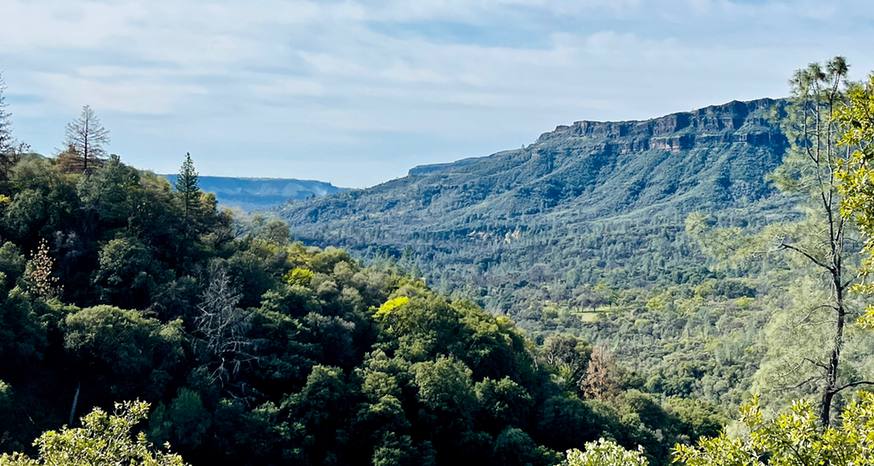 Views of Butte Creek Canyon while walking along the flumes. (Image: Kathryn Reed)

Flumes first built in the 1800s by gold miners that were later used by PG&E for hydroelectric purposes make a serpentine path that today is used by hikers.

Now they are dry except when it rains.

While the sign at the entrance to the Lower Centerville Canal says don’t enter as well as use caution, the “don’t enter” request is often ignored without consequence.

The danger would be if one fell off the flumes, especially if they were full of water. At times the metal grates seem to be no more than a foot wide. As someone who has height issues, I felt fairly secure because I didn’t look down and the drop into the concrete flume was not far—though it still would have been a bloody, painful outcome had I fallen.

Other sections of the flumes are earthen, with plants growing in places.

This is definitely not a trail for dogs because of all the grates.

Signage at the start and along the way was placed by PG&E, but when one calls the number listed it becomes an automated maze, so the questions I had about the canals and power plants remain unanswered. 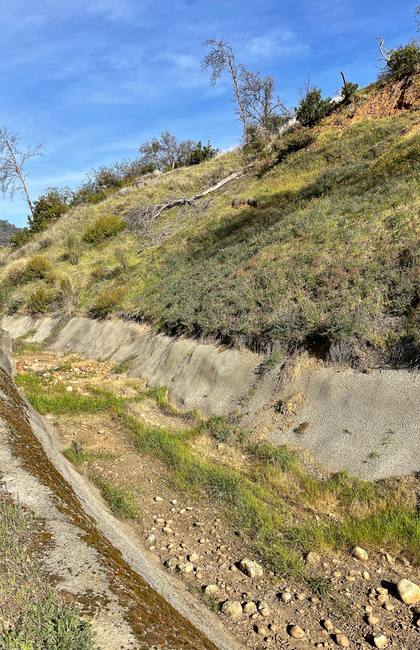 The Chico News & Review from a story in 2017 reports, “… the 6.4-megawatt Centerville Powerhouse has been out of service since 2011, when PG&E determined that the penstock—the pipe that carries water downhill from the canal to the powerhouse—couldn’t handle high water pressure, said spokesman Paul Moreno. As a result, the company cut off the water that used to flow into the Centerville flumes, leaving only the DeSabla (18.5 megawatts) and Toadtown (1.5 megawatts) powerhouses in operation.”

The Library of Congress has this nugget of information, “The Centerville installation of the Francis turbine generation unit in 1907 was only the fifth Francis turbine installed on the Pacific Coast, and the first relatively high head turbine installed in the west, representing an innovative approach to long distance, high-voltage transmission. The success of the Centerville project encouraged further high head turbine installations throughout California and contributed significantly to the development and expansion of hydroelectric power generation throughout the nation.”

On this excursion with the Chico Oroville Outdoor Adventures group we clocked 8.77 miles, with an elevation gain of 1,639 feet. The lowest point was 971 feet, with the highest 1,707.

We made a loop by turning right up a short, steep hill that led us to a flat spot with a view that was ideal for lunch. Then we followed the dirt road to the main road we had parked on and took that down to the vehicles.

The route out was relatively flat, with a few wildflowers beginning to sprout. The views across Butte Creek Canyon are stunning. 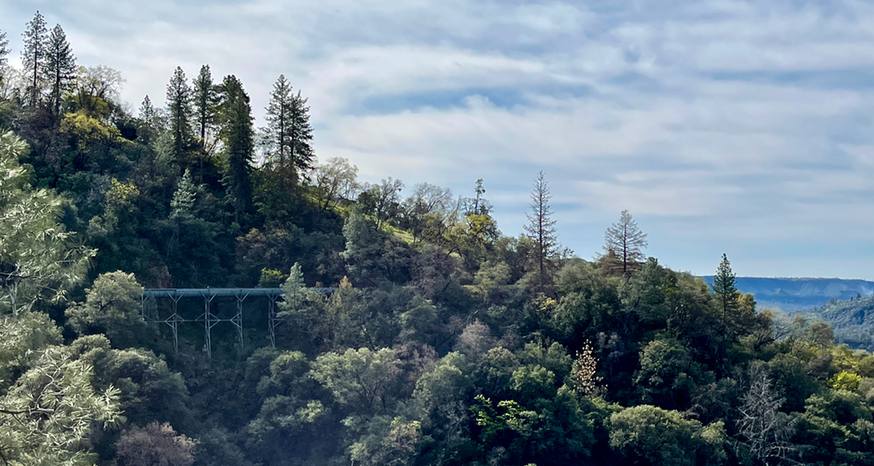 One of the flumes, center-left, in Butte Creek Canyon. (Image: Kathryn Reed)