Vibrancy of Copenhagen defies age of this European city 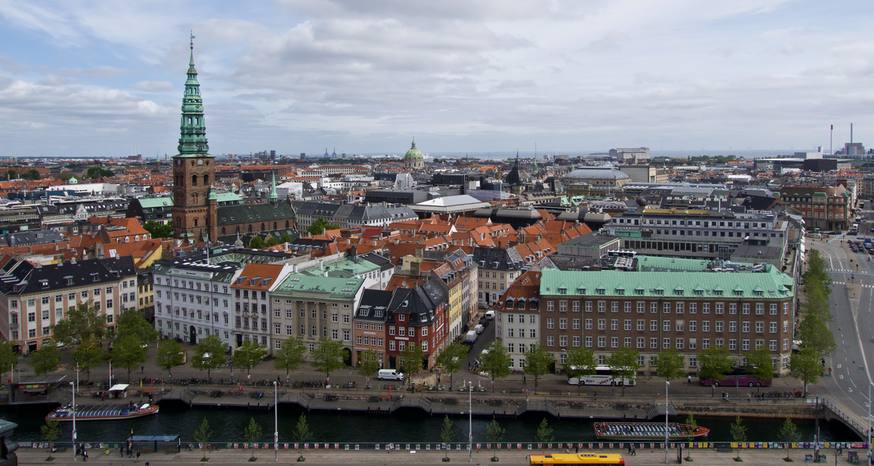 Views of Copenhagen from the Parliament building. (Image: Kathryn Reed)

It took opening my mouth for people to know I was from the United States. I don’t speak Danish, even though people at the airport and on the metro were trying to converse with me. The fair complexion, blue eyes, fake blonde hair, well, those were the signs I might be a local. 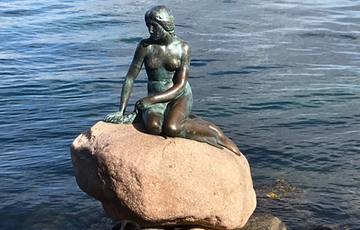 The Little Mermaid statue has been recast multiple times because of vandalism. (Image: Kathryn Reed)

Look at me, my sisters, my parents – there is no hiding our ancestry is European. In May, eight of us (me, mom, two nieces, two sisters and their husbands) embarked on a trek to see the land where some of our people came from – Denmark. 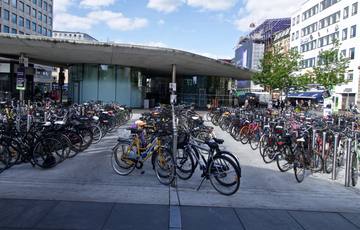 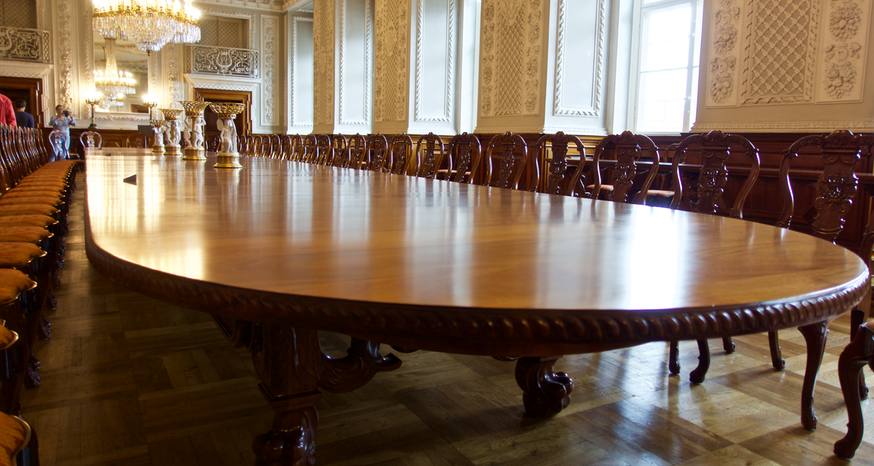 This mahogany table was made from the queen’s staircase in the second Christiansborg Place. During the fire of 1884 the staircase did not burn. The banisters are now foot rests for the table. (Image: Kathryn Reed)

While we chose not to search out any relations who might still reside in the homeland, we immersed ourselves in Copenhagen as we played tourist by visiting castles, museums, historical points of interest, street food vendors and nicer restaurants. We played at the Tivoli amusement park, toured the area by boat, contemplated cycling, and walked until it was cocktail hour. 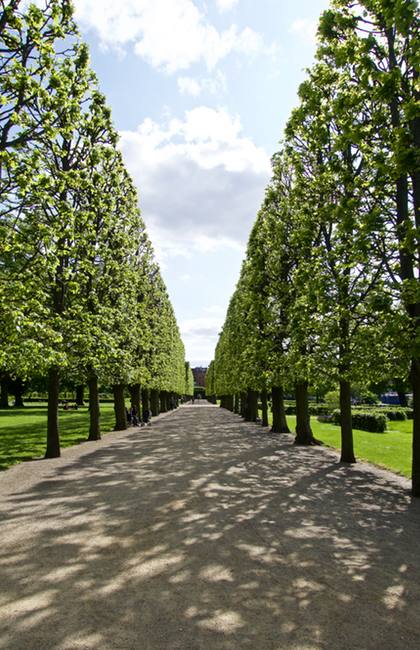 Trees in the Kings Garden in Copenhagen are manicured to be anything but bushy. (Image: Kathryn Reed)

Based on Denmark being known for its rich history in design it should come as no surprise its capital, Copenhagen, is laid out in a manner that is ideal for pedestrians and cyclists. For those who don’t own a bike, ones are available to rent by the hour; plus, there are tours for the tourists. 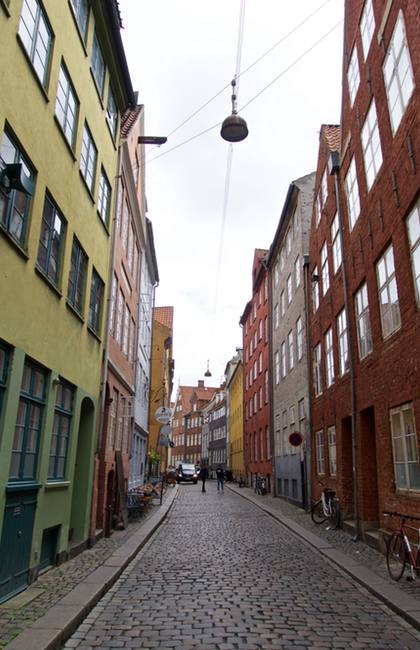 Overhead lights on the streets of Copenhagen hang from what used to be electric lines for street cars. (Image: Kathryn Reed)

As for the design of more tangible objects, Danish Modern and Scandinavian Design were the rage in the 1950s and 1960s. It has continued to evolve through the decades. An entire museum is dedicated to Danish design. Rooms are filled with chairs, one of the objects Danes are known for creating to an extremely high standard. It seemed there was never anyplace uncomfortable to sit. 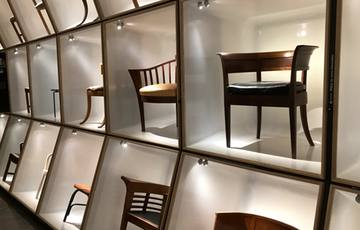 Design is important to Danes, especially when it comes to chairs. (Image: Kathryn Reed)

History is everywhere, just look at the architecture. While so much is so old, the buildings still have a relevant use. So many European cities are drab. Not Copenhagen. Many of the facades are boldly painted, giving the city a vibrancy. Much of this could be seen on one of the walking tours offered by Sandemans. I highly recommend the free walking tour and the food tour, which costs money. Hey Captain boat tours brought us to areas we would not have walked to, like the old prison. Besides seeing various points of interest, we also learned from our leaders things often not found in guidebooks, or explained in a manner that gave the information more relevance. 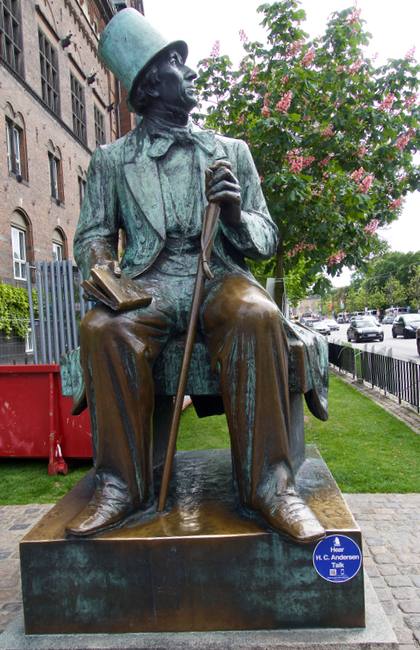 Hans Christian Andersen is one Dane known throughout the world. (Image: Kathryn Reed)

Facts about and related to Denmark: