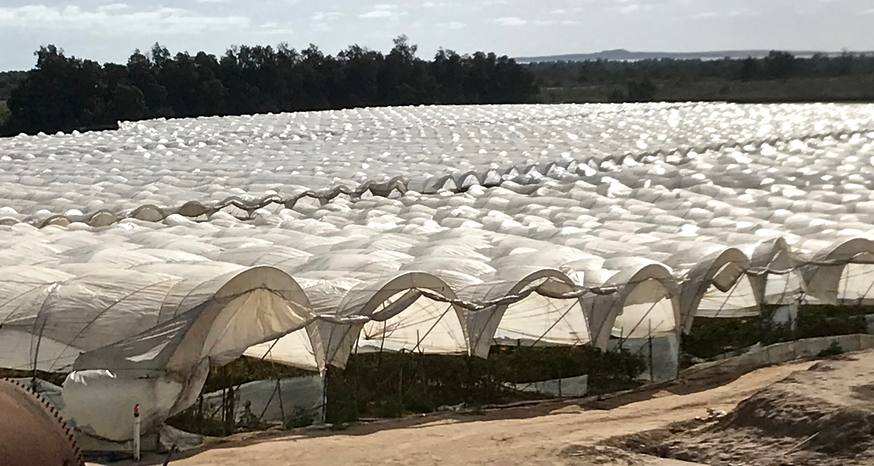 Green houses are common in the northern state of Baja. (Image: Kathryn Reed)

Based on how much of the produce found in California grocery stores in the winter says “Product of Mexico” one would think agriculture would be a substantive part of Mexico’s economy. Not so. In 2019 it represented 3.47 percent of the gross domestic product.

For government purposes agriculture not only includes cultivation of crops and livestock production, but forestry, hunting and fishing as well. 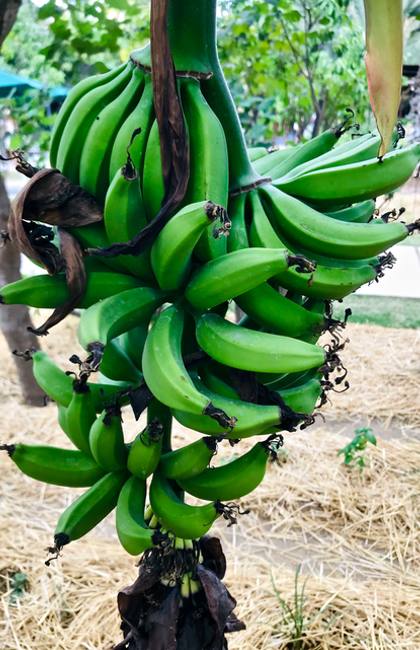 Bananas are a popular export from Mexico. (Image: Kathryn Reed)

With the passage of the North American Free Trade Agreement in 1994, ag imports/exports between the two countries started to increase substantially. 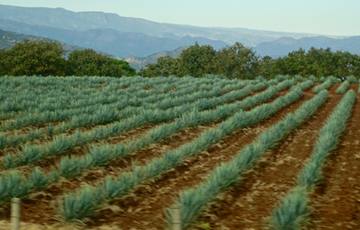 Agave plants on the mainland will be turned into tequila. (Image: Kathryn Reed)

While most of Mexico’s ag land is on the mainland, crops are found throughout Baja. Mexico has nearly 200 million hectares. Of those, 15 percent are used for ag; most of which—58 percent—is for raising livestock.

One thing that sets the Mexico agriculture industry apart from its neighbor to the north is the amount of crops not being grown out in the open. Mexico leads the world in protected agricultural. These structures protect the product from excessive sun and rain. They include high-tech greenhouses, metal hoops covered with plastic, and open-sided shade houses. Mostly it’s tomatoes, bell peppers and cucumbers that are protected. This is why there are tomatoes in U.S. stores year-round. In Baja the northern state has a number of greenhouses, while in the south crops are usually not covered.