La Paz — a relaxing destination with plenty of activities 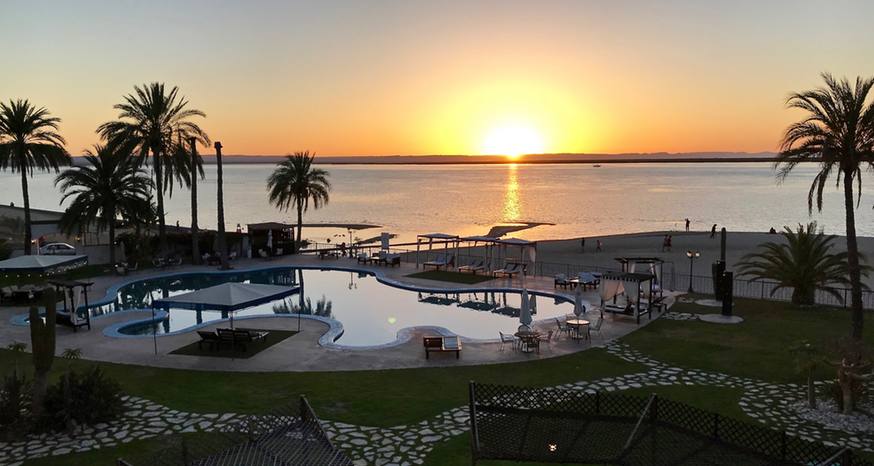 La Paz has plenty to offer whether it’s in the water or on land.

Beaches along the Sea of Cortez are a primary reason to visit. So is venturing to Isla Espíritu Santo; an island that is a national park as well as a UNESCO world heritage site.

The grid layout makes it easy to walk the streets. It is relatively flat, though like much of Baja, the sidewalks can be a bit precarious, so pay attention. 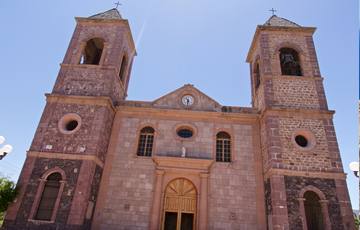 The La Paz Cathedral has been offering services since the 1800s. (Image: Kathryn Reed)

Nearly a quarter million people live in La Paz, which is the capital of Baja California Sur.

For three nights last month the La Posada Hotel & Beach Club was central base for me and Sue as we explored this city on the east side of BCS. The 24-room hotel is away from the hustle of downtown or the malecón, yet such a short drive to both that it was the perfect location.

The hotel staff was some of the friendliest I’ve encountered. As I’ve found throughout Baja, Mexicans are incredibly warm, generous and helpful people.

Every room has a view to the pool area and beyond to the La Paz Bay. This beach area is where so many locals came every evening. Some to walk their dog or to be with a friend, others were exercising, many were enjoying the sunset. We did the same. 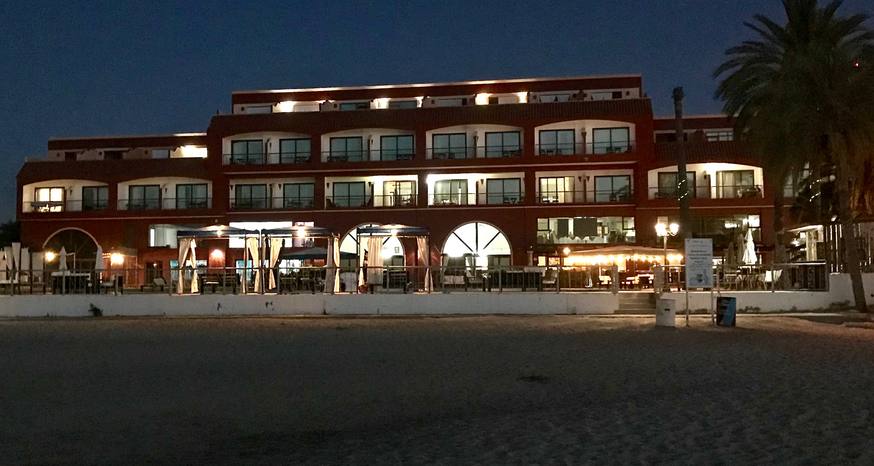 Being on the outskirts of town, the La Posada hotel is quiet. (Image: Kathryn Reed)

Another nice vantage point for the natural beauty was from the balcony in the room as well as on the second floor from the outdoor tub with jets. (The hotel bills it as a Jacuzzi; not all rooms have one.) It’s pretty small. While it cooled off enough one night to use it, this whole second floor area seems like wasted space. Still, it was a nice treat. The downstairs, main hotel room, was plenty spacious, as was the bathroom.

While I’m not a fan of gyms, the hotel has more weight equipment than the average U.S. hotel. It seemed like people in the neighborhood had memberships to the facility, which is on two floors.

An afternoon was spent poolside, which seemed like such a luxury. Cabanas are there for any guest to use without an added fee. It was blissful. 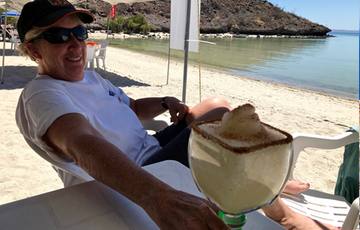 Sue is ready to delve into a rather large pineapple margarita at El Tesoro beach. (Image: Kathryn Reed)

The bartender at La Posada makes a wonderful margarita. While we didn’t eat dinner there, breakfast is included with a night’s stay. Multiple choices meant never having to have the same thing twice, and being able to experiment a bit. I tried the molletes, which Google Translate said was a muffin. It turned out to be something close to French bread (four slices), covered in refried beans and melted cheese, with salsa on the side. I said no to the chorizo. It was fine, just wish I had ordered the omelet because it was delicious.

Based on recommendations from friends one dinner was at the Bismark along the malecón. I had the veggie fajitas. So much food that we shared it the following day. Sue had the grilled yellowtail, that she said was perfectly crusty on the outside, and tender on the inside. The sunset was stunning from there.

That’s one of the interesting things about La Paz, being able to see sunsets. This is unusual being on the east said of the peninsula. How La Paz Bay curves means so much of the area is facing west instead of east. 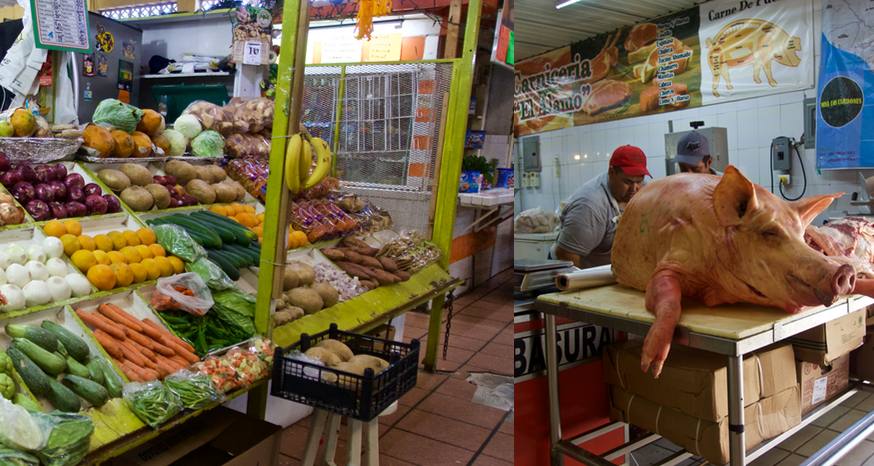 Most of one day was spent at Isla Espíritu Santo, which was arranged through Eduardo who was recommended from the hotel. This is a must-do excursion for anyone in the area.

Balandra beach and its environs captured our attention for a half day, as the main activity was kayaking this spectacular stretch of the Sea of Cortez.

El Tesoro beach on the way back was a great stop for margaritas and some comida.

Walking around a smidgeon of La Paz was another activity. Next time we’ll need to allow more time. Mercado Nicolas Bravo and Mercado Madero were both impressive. The former mostly has food to either eat there or products to cook at home, while the latter had sundry products. We picked up some fruit there to take home, which was so incredibly sweet.

Along the street we came across the La Paz Cathedral. While not large, it is worth stopping to look at inside and out.

While we had AJ with us, this really wasn’t an ideal dog walk. Nonetheless, we didn’t let that stop us from seeing how natives do commerce – some in traditional stores, some as street vendors.

Sue experienced the promenade along the water, known as the malecón, via driving it and at dinner. The artwork is reason alone to take the stroll.

Clearly, three nights was not enough time to see and do everything La Paz has to offer.